Here is the complete review of the past week – the Week 34 in 2017. You might have noticed that we have skipped the last week’s roundup, we apologize for it firstly. Last week was so amusing with some of the major official announcements in the smartphone industry. Here are the re-capsuled versions of major headlines.

Xiaomi had launched the cheapest selfie-centric smartphone Redmi Note 5A in China with a 16 Megapixels of front facing selfie snapper. The device has a base variant also, which boasts only a 13MP+5MP combo in the camera department, along with Snapdragon 425 and 2GB RAM. The latter option has the 16MP selfie camera whereas the primary sensor is 13 Megapixels. It also has 3GB/4GB RAM, powered by Snapdragon 435 chipset.The smartphone will be available from CNY 699 to CNY1199.

Finally, the Google had last week announced the latest version of the Android Operating System namely Oreo, with the version number 8.0. The Android Oreo packs several new animation and UX tweaks, along with new features. Here are some of them:

Indian smartphone manufacturer Micromax had launched the country’s first bezel-less 18:9 display smartphone in India. The device has a 5.7 inch 720 x 1440 pixels display, with the edge to edge bezel-less design. The smartphone is powered by Qualcomm Snapdragon 425 Chipset, paired by 3 Gigs of RAM. The device is priced at INR 9,999.

At last, the Samsung had announced the breathtaking flagship smartphone officially in front of the word – the Galaxy Note 8. The device is a much-improved device in Note series, compared to the predecessors in the Samsung’s lineup. The Samsung has built the smartphone with much assurance to the safety and security in the light of last year’s Note 7 battery explosion fiasco. The smartphone has a 6.3-inch Quad HD+ (2960×1440) Super AMOLED display on top with Infinity Edges. The powerhouse resting under the hood – Qualcomm Snapdragon 835 for the USA and Exynos 8895 for the Global Market.

Samsung Galaxy Note 8 is the company’s first smartphone with dual-camera on the rear panel, a combo of 12MP sensors which packs f/1.7 Aperture and Dual OIS. The front facing camera is of 8MP. Samsung has added a 3,300mAh battery pack, a bit lesser compared to the Note 7 which came with 3500mAh battery.

A couple of days back, the Twitter leaker Evan Blass had tweeted that the Google is -planning to make the debut of the second generation Google Pixel smartphone on October 5th. He also claimed that the smartphone would be powered by Qualcomm’s alleged Chipset Snapdadrgon 836 which is the successor to the SD835, widely being used with 2017 flagships. Many of the recent reports too claimed that the HTC would be manufacturing the corresponding Pixel smartphones from Google, (there will be no involvement of LG). The HTC will also add a “Squeezable” Edge frame on the forthcoming Pixel second gen smartphones, which was introduced on HTC U11 smartphones.

Huawei has recently published a teaser image for the upcoming flagship smartphone in mate series of the Chinese OEM, Huawei Mate 10. The device is confirmed to have a dual camera setup on the rear, as usual with the company’s previously launched devices. The smartphone is confirmed to launch on October 16th.

We have been exclusively tipped with an alleged render of the upcoming Samsung Galaxy S9. As with the Galaxy Note 8, the Galaxy S9 seems to have a dual-camera setup on the rear, located horizontally. The infinity display has lesser bezels on top and bottom, widened device dimension, etc. are noticeable at a glance. We cannot make sure the leak was so genuine, as we have not yet gotten any confirmation. We need to wait for a couple of weeks to get to know more about the smartphone. From the teaser, it is suspected that the Samsung would have added the fingerprint scanner under the display, using the Qualcomm’s Ultrasonic Fingerprint technology.

WhatsApp has announced a new big update to the app that helps business profiles to get recognized and verified quickly. The verified business related Whatsapp accounts will receive a Green Badge besides the profile, which lets others know that the corresponding firm is verified and trusted. Currently, it is being made available for few organizations. This is a big step from the developers regarding the awaiting launch of WhatsApp for Business edition.

Here are the top two Apps of the week.

Control Center IOS 11 is an iOS style floating widget app, which consists of several control buttons and toggles. You can get almost every Quick Settings control icons, navigation buttons, etc on to this single widget.

Audiomack is an easy-to-use music streaming app for Android devices with some unique features. Download, stream and feel happy-go-lucky. Hazy Race game is a single player simple game, portraying a bunny head as the protagonist. The player needs to run the character as far as a possible, on the infinite haze background. 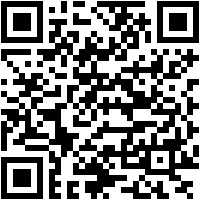 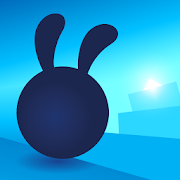 Find A Way is a simple, materialistic minimalist puzzle game which is about connecting dots to dots, to solve some puzzles. It has over 1000+ levels of gameplay, which any age limit can play with. 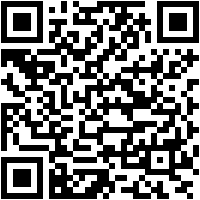 Tip Of The Week