We at AndroidHits, last week enjoyed a lot. But there were no very exciting announcements had happened. However, several smartphone leaks have flourished the week 41 of 2017 with hottest headlines. Just have a look at hottest headlines, apps, and games of the week.

A firmware fix for Xperia Z5 rolled out

Sony, last week, had released a new update for the company’s earlier flagship series Xperia Z5 smartphones with some software side tweaks and fixes. The update itself weighs 300+MB, with a new build number 32.4.A.1.54. Some users have even reported about the camera stability improvement and battery backup in the new piece of update.

Indian consumer electronics manufacturer TAGG had launched their new series of earphones Sport+ in India. The Bluetooth in-ear earphones are suitable for sportswear, and the obliqued angle of the earbuds will make them fit purposely in the ear.

Samsung’s mid-range Tablet in A-series, the GAlaxy Tab A (2017) has gone official in India last week, priced at INR 17,990. The Tablet has an 8-inch WXGA Display, powered with 1.4GHz Processor and 2GB of RAM. The camera section of the smartphone is equipped with an 8MP sensor on the rear along with a 5MP on the front. The connectivity side includes a Type-C port also.

Google ‘w own payment platform based on India’s UPI (Unified Payment Interface), Tez, has reached 5 Million download counts in India. Using Tez, anyone within the country can send, receive and request money in a single click without using any other authentication procedures. Anyone can even pay from Cab to Restaurant easily.

Honor has launched its mid-range smartphone Honor 7X in CHina, as a successor to the Honor 6X. The smartphone features a 5.3-inch FHD+ display, powered with Kirin 659 SoC with all the three variants having 4GB of RAM onboard. There are only storage variants for the smartphone, 32GB, 64GB, and 128GB. The rear lens combines 12MP+2MP sensors, while the front-facing one is of 8MP.

PICNIC Camera app can simulate any weather condition for outdoor photography so that you can get any moods of images without having them in reality. It helps to reduce shaken blurs on images taken and can add special effects for Instagrammers. BaconReader is one of the best Reddit reader apps for Android smartphones. The material design, minimal interface, and many other features would make a big change in your daily Reddit reading habit. It helps you get rid of the boredom interface of conventional Reddit.

It is a neon light stylish racing game, depicting electronic-computer signals passing through wires/channels. The DATA WING is a really an addictive game with amazing 2D graphics.

It is a revamped version of Stickman game, where you have to play throwing spears against other Stickman. This simple game will need you to simply drag and release to throw the spear against enemies. 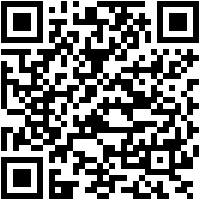