Well… 2018 is a year of the ‘Notch’ revolution for Android smartphone manufacturers and hate or love it, the industry was following what Apple was doing! The notch came in Android and iPhones in different ways, for instance in iPhones, they were designed for a purpose while in Android we see it as a tool to go with the  trend (provided u don’t mind the huge chin at the bottoms most Android device manufacturers have slow claps*) it was a mere fashion statement.  In this article, you will find the best smartphones under Rs. 20000 in India with a notched display.

Another great thing about these notch phones is that it’ll now be easier to fit in a huge display on a much smaller footprint thanks to the bezel-less screens!! which in turns makes it easier for single-handed usage and a better screen real estate for all that entertainment stuff. The latest models have teardrop/dew-drop notches which are quite smaller than the rest but still comes with a weird flex. Also with these new design language comes new aspect ratios from 18:9 to 19:9 nowadays.

So now let us have a look at some of the sensible offerings what 20,000 INR can get us.

Realme U1 is a budget offering from Realme which is more like a selfie-centric phone, that packs in some serious hardware for the front camera sensor although the software should also do their part with this regards for getting all the fine tunings for that whooping selfie. 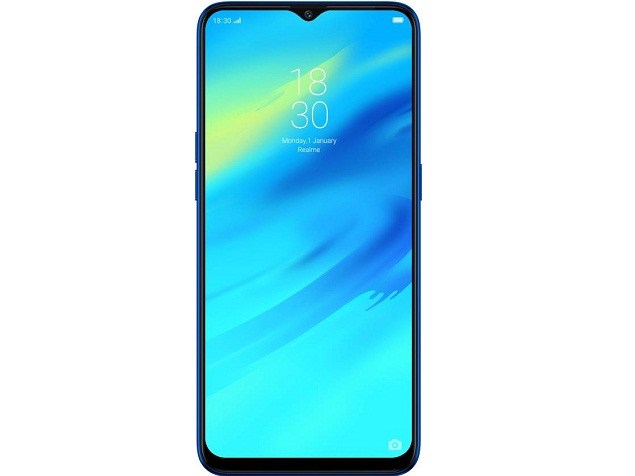 Realme U1 has a 90% screen to body ratio and the back has a reflective design which kinda resembles us of a glass and glass sandwich, but sadly that’s not the case here!

everything is fuelled by the Helio P70 from MediaTek coupled with 3500 mAh battery that is definitely comparable to the likes of the Kirin 710 and Snapdragon 636.

The phone comes in at around two variants, the 3GB 32GB storage variant as well as a 4GB 64GB one. Realme U1 64GB retails at around Rs. 14499 although the prices keep changing every now and then so keep an eye out.

Honor 8X tries to keep everything good about the 7X and to improve on the grounds that the 7X really wanted to. The device packs in a 6.5″ display and have thin bezels all around. The panel is sharp and vibrant too.

The back of the 8X is made up of polycarbonate and has a reflective dual tone design which in my opinion looks soo cool provided it also comes with a premium in-hand feel.

The Honor 8X is powered by a Kirin 710 chipset clocked at 2.2GHz with 6 Gigs of RAM and 128GB of onboard storage for all the media as well as the apps and games.

The 8X comes with a dual 20 + 2MP setup on the rear and a 16MP sensor on the front. Both camera’s do well portraits and the daylight performance of the camera is good enough. What’s best is the host of AI features that Honor/Huawei packs in to improve the overall camera performance as well as certain mention worthy features.

Asus Zenfone Max M2 is the successor of an already pro champ – the Zenfone MAx M1 which was a best seller under the 15,000 INR segment.

The Zenfone Max M2 is a budget model and comes with a more budget-friendly  Snapdragon 632 chipset, 4Gigs RAM, 64GB storage and a large disappointing 6.3″ display because it isn’t even Full HD but a mere 720p panel and we don’t know why Asus did this in the first place.

The Camera of the Zenfone Max M2 is the best under the 10,000 INR price range with a dual 12+2 MP system to the rear and an 8 MP sensor to the front. The back cam can record videos with EIS and can capture up to 4K UHD videos at 30 FPS.

These are the best Android smartphones with notched fullview display under Rs. 20,000 in India. You can purchase these notch screen smartphones from leading e-commerce portals like Amazon and Flipkart.