Even though we have only a couple of months left in 217, the past week i.e, 42nd week of 2017 had amazed with a bit of surprise in product launch and App updates. Huawei launched its flagship phablet Mate 10 Nokia 7 launched and more.

Chinese electronics giant Huawei had launched their flagship phablets as we have anticipated on October 16th, Mate 10 and Mate 10 Pro. The Huawei Mate 10 comes with a 5.9 inch FHD+ LCD Display, whereas the Mate 10 Pro sports a 6 inch OLED FHD+ Display. Both the smartphones are powered with HiSilicon Kirin 970 SoC and 4/6GB of RAM options. The device runs Android 8.0 Oreo Operating System, sporting a screen expanding facility to turn into a PC.

Google Assistant has upgraded with new features like ChromeCast control and HeyGoogle hotword added. The Chromecast control update has been rolled out to everyone. But still, the new “Hey Google” hotword seems to have rolled out to few of the users and is expecting to hit more devices soon.

WhatsApp has added Live location sharing feature to their new update for Android smartphones. With this new feature, you can now know where your beloved ones, in real-time data until they sender stops sharing. The Live Location Sharing can also be sent to groups.

HMD Global announced a new Nokia labeled smartphone Nokia 7 last week, powered with Snapdragon 630 and 4GB RAM. The smartphone is made of glass back panel, featuring Carl Zeiss camera lens on the rear panel. Like the Nokia 8 flagship, the smartphone has also the “Bothie” camera feature inside, which lets the users share the video from both the front and rear cameras.

Samsung Electronics had debuted its own AI-powered Personal Assistant Bixby 2.0 in a conference last week. This time, Samsung had made the Bixby as Open for any developers, but not the merely open source. Samsung had opened an SDK platform to allow developers to implement the Bixby on any smartphones, any devices or any platforms.

Apps Of The Week

Learn inFact is an amazing app for any fact nerd or knowledge seeker. the app will provide valuable pieces of information as infographics, videos, and articles which are never boring. Games Of The Week Blance is an electronics based puzzle game. the game contains several addictive levels, where you need to provide electricity in balanced amount to intented lighthouse without breaking the rules or burning th circuit. 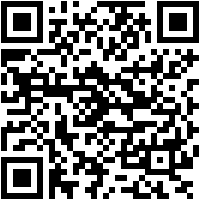 Samsung Galaxy Note 8 Review: Did Samsung Get All the Notes Proper This Time?

Nokia to launch new device in India on October 31st