As usual, we are reviewing the Week 35 of 2017 with the top headlines highlighted. LG launched the most awaited V30, Xiaomi added a 3GB variant to Redmi 4A – These much and more are for the Week 35 in the smartphone world last week. Check out the article to get through more headlines and Roundup special slices.

Chinese smartphone brand Xiaomi had last week announced a 3GB variant of their entry-level smartphone in India. The original variant of the smartphone is powered by Qualcomm Snapdragon 425 64-bit SoC with 2GB of RAM onboard. The smartphone has a 13MP rear camera, while the front facing sensors of 5MP. With the new addition, the device is now available in 3GB/32GB storage option too – priced at just INR 6,999 ($110).

Moto G5S and G5S Plus launched in India

Lenovo India last week has announced the updated version of Moto G5 smartphone -Moto G5S and G5s Plus. The Moto G5S features a 5.2-inch FHD display, powered by Snapdragon 430 chipset. The smartphone is featured with $gigs of RAM and 32GBof storage space.

Xiaomi has finally confirmed the official debut date for the Mi MIX 2 bezel-less flagship smartphone worldwide. The company has officially announced that the smartphone will be launched on September 11th, as the successor to the Mi MIX went on sale last year. The smartphone is expected to be powered by Qualcomm SNapdragon 835 SoC, paired with 8GB of RAM and 128GB of internal storage.

Last week, SOny released a press statement regarding the smartphones that will be upgraded to the latest ANdroid 80 Oreo update from the Google. Here is the complete listing:

After a long time of waiting and anticipation, the Korean manufacturer LG has officially announced the LG V30 smartphone with the world’s first OLED display on top. The smartphone features a 6.0-inch P-OLED display, powered by Qualcomm Snapdragon 835 SOC with 4GB of RAM. The device has 16MP+13MP dual rear camera setup, with OIS and AUto Focus. The device is priced at 900 Euros in EU.

Enki is a coding learning App from the developer Enki.com. From Enki, you will get the coding lessons and tips as a daily dosage. You can start each of the days with new tech unique and skill learned in COding field with the app. There are also several mini games inside the app which intercat=ts with the programming logic and connections. 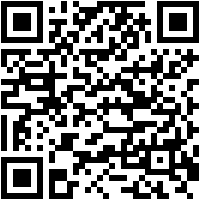 Microsoft To-Do is one of the best organizer and to-do list creator app available for Android. You can add the to-do list by logging in with your Microsoft Account. Also, it will be synced with the windows version installed on your PC.

Itu is the revamped version fo old Bounce classic game which was there for Nokia smartphones in olden days. Still, the game has a better resolution and similar controls and levels in Android to wake up your nostalgic feeling. 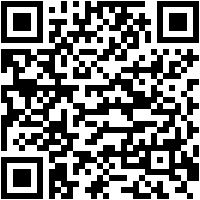 Robbery Bob 2 is the successive version of the popular Robbery Bob game for Android. The first player game needs you to steal things from various locations and to escape without getting caught. You can download this very thriller game from play store.

The app was not found in the store. 🙁
Go to store Google websearch

Tip of the Week

You can get all your smartphone notifications on your Windows 10 PC in-time by just installing Cortana and enable Cross Device from settings.