Taiwanese technology manufacturer Mobiistar has launched their latest smartphone model named X1 Notch in Indian market to conquer it with its beautiful design. We have received a unit of the Mobiistar X1 Notch for review. It’s been over one month, we are using this smartphone to check its capabilities, performance, durability etc. Here is an expert review of the X1 Notch!

The Mobiistar X1 Notch has the generic notch design in the front but on the back of the phone are where things take a different turn. The phone has a shiny new back and this back carries the camera along with a fingerprint sensor as well. Turning the phone around will reveal the display that obviously has a notch but it also has a chin which is understandable at this price point. 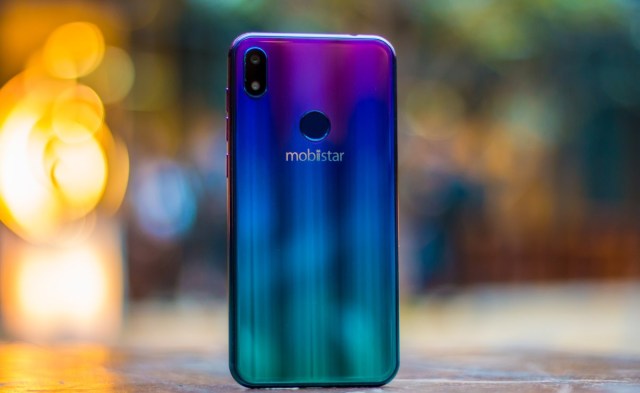 The phone boasts of a 13MP rear camera that is capable of capturing quality pictures for the users. The AI-enabled camera can automatically optimise the lighting conditions making images sharper and clearer in both bright and low light situations. What’s more, the camera even has a 7-level face beauty feature with exciting filters to experiment with. 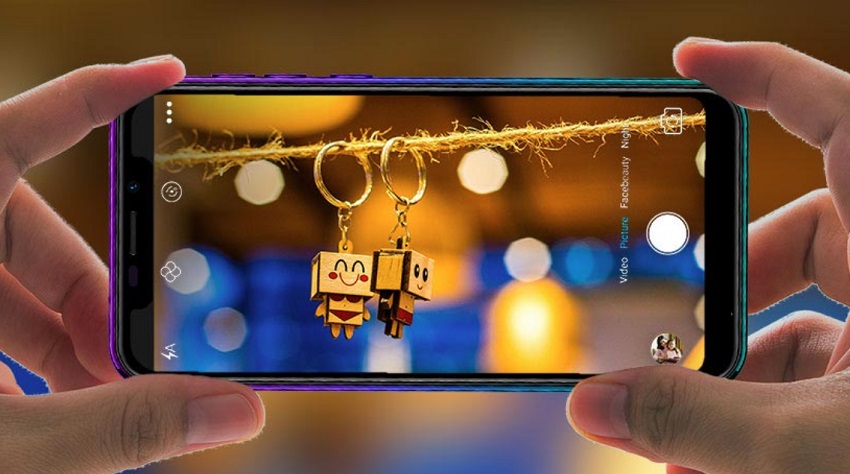 At the front, there is a 13MP lens without flash. The camera performance is not so excellent, but does its job with some drawbacks. Its camera application is not mature enough to handle good quality capture, especially post-processing.

The dual-VoLTE, dual-SIM enabled Mobiistar X1 sports a 5.7-inch (14.4cms) HD+ display with 2.5D curved glass, coupled with an aspect ratio of 18:9. Unlike Redmi Note 6 Pro, you do not have the option in this phone to hide the notch by going to display settings, but instead while watching a video or reading an article the content gets hidden below the notch. But, same as its competitors, you can adjust brightness according to the light conditions by which you can keep your phone visible under sunlight. There is an adaptive brightness placed in the display settings where you can optimize brightness level for available light. As the display size is 14.4cms the gaming experience is not that satisfactory and also due to the processor it offered. The display size and quality is truly comfortable to watch HD content and the screen has a resolution of 1080×2280 pixels. Mobiistar X1 Notch is not protected by Corning Gorilla glass to keep away scratches and smudges. It has an IPS LCD capacitive touchscreen with 16M colours. Compared to Realm1, Realme 2 and other budget smartphones the display quality of this phone is quite stupendous with perfect colour adjustment.

Unlike Honor, Xiaomi and other budget smartphones, the Mobiistar X1 notch is fueled by MediaTek Helio A22 chipset, which is a 64-bit quad-core ARM LTE system. Therefore, it gives a very moderate performance to the phone. It takes time to respond while clicking on any basic app and not only that when you call someone from the contact list it again takes time to respond. Also, the phone hangs when you are on the call and also during disconnecting the same.

The phone operates on Android version 8.1 Oreo, which is now also found in other budget smartphones. As of now, there is no update whether this device would be upgraded to Android 9 Pie or not.

If you are watching movies or videos for about 17-20 minutes the phone heats up quite much. As the phone is backed by MediaTek Helio A22 the gaming experience might not be that good and also due to bit degradation in the graphics quality.

Equipped with facial unlock and fingerprint sensors to give you double security, the phone is powered by battery capacity of 3020 mAh, which is average these days. Also, the phone does not support Type-C port, which means it does not support fast charging and has moderate charging speed. While charging, the approximate time frame is also displayed below by which you can get to know by when your charge would be completed.

The Mobiistar X1 Notch is a smartphone that could have been better but there are a few things that hold it back from ruling the segment. The looks of the phone are really good but it does fall apart when you compare the internals with other smartphones in the same price range. Nevertheless, if you want a phone at a budget price which not only looks good but also has a decent battery life, then this is the smartphone can be one of the options.

A complete guide to building your brand on Instagram