The Asus Zenfone Max Pro M2 has all the elements of a reliable, powerful mid-ranger. It's for those who want a steady performer that can both handle the daily tasks and heavy gaming and lasts long thanks to a massive 5,000mAh battery. It's also a good device to stream videos on. However, the Zenfone Max Pro M2 doesn't have the best camera on offer in that price range. It also has clean stock Android UI which may not ring well with fans of custom launchers like MIUI or ColorOS. Read the review below to find out how the Asus Zenfone Max Pro M2 square up against its rivals.

The Asus Zenfone Max Pro M1 was a runaway success. It doggedly tailed the Redmi Note 5 Pro, launching just within few days of it, and became a sturdy alternative to Xiaomi’s offering. The highlight was not only the fastest mid-range processor at that time, or a big 5,000mAh battery but the presence of stock Android that truly kept the Xiaomi juggernaut at bay. After a successful run from April to December, Asus is now retiring the Max Pro M1 for the Zenfone Max Pro M2. The phone is a big upgrade over its predecessor in the spec-sheet as well as the design. With the mid-range segment now having more options than ever, can the Asus Zenfone Max Pro M2 keep the momentum alive? Let’s find out. 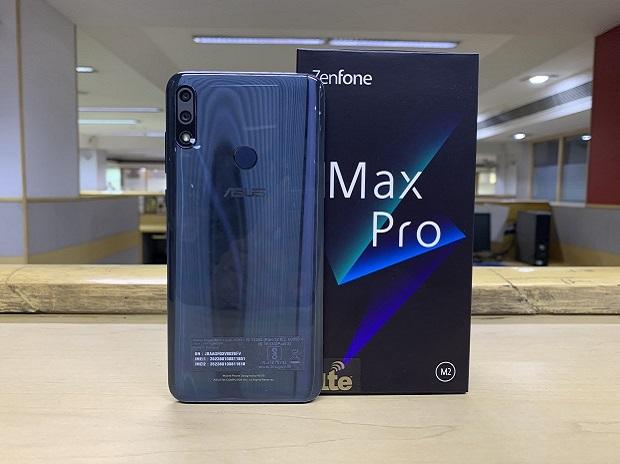 Unlike the 5.99-inch Full HD+ 18:9 aspect ratio display on the predecessor, the Zenfone Max Pro M2 features a larger 6.26-inch Full HD+ LCD 2.5D curved glass display with a resolution of 1080 x 2280 pixels, pixel density of 403 PPI, 19:9 aspect ratio with a notch and a screen-to-body ratio of about 82%. It is also the first smartphone in the price range to feature Corning Gorilla Glass 6 protection.

The display is bright, offers good color reproduction, thanks to 94% NTSC color gamut, has good viewing angles and the sunlight legibility is good as well, but the screen automatically dims the display when displaying darker content and increases it when displaying brighter content that is a bit irritating when watching videos. 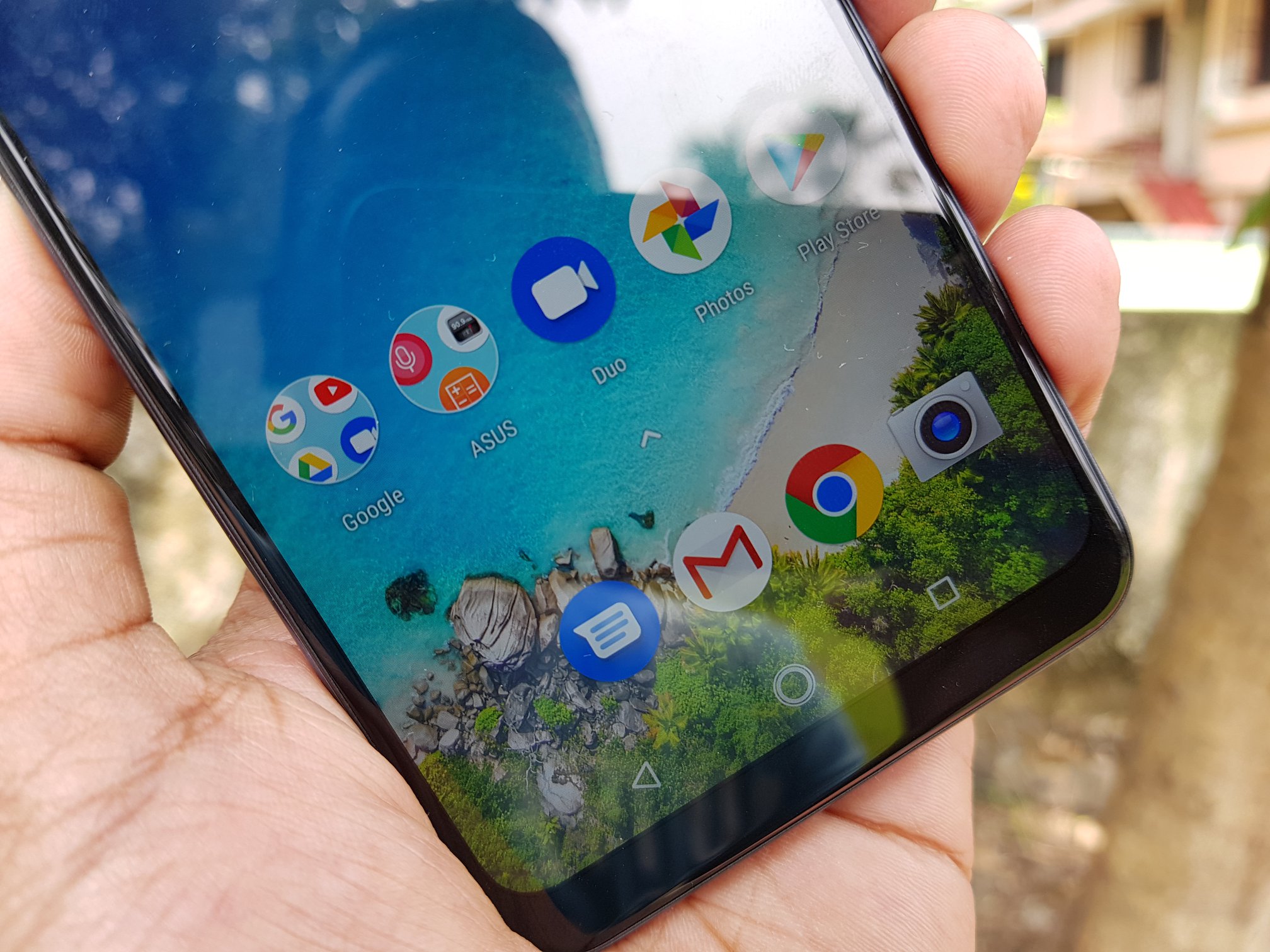 The Zenfone Max Pro M2 looks much better than the vanilla metal bodied look of the earlier Zenfone Max Pro M1. The metal body is reinforced with a reflective, glossy resin shell that looks like glass at first glance. While the resin body makes it a little more durable, it is quite scratch prone as the unit we received for review got scratched quite easily in the pocket. Damaging the phone more than that will be more difficult though since the display on the front is reinforced with Gorilla Glass 6. It’s also the only phone in the under Rs 15,000 price segment to offer Gorilla Glass 6. 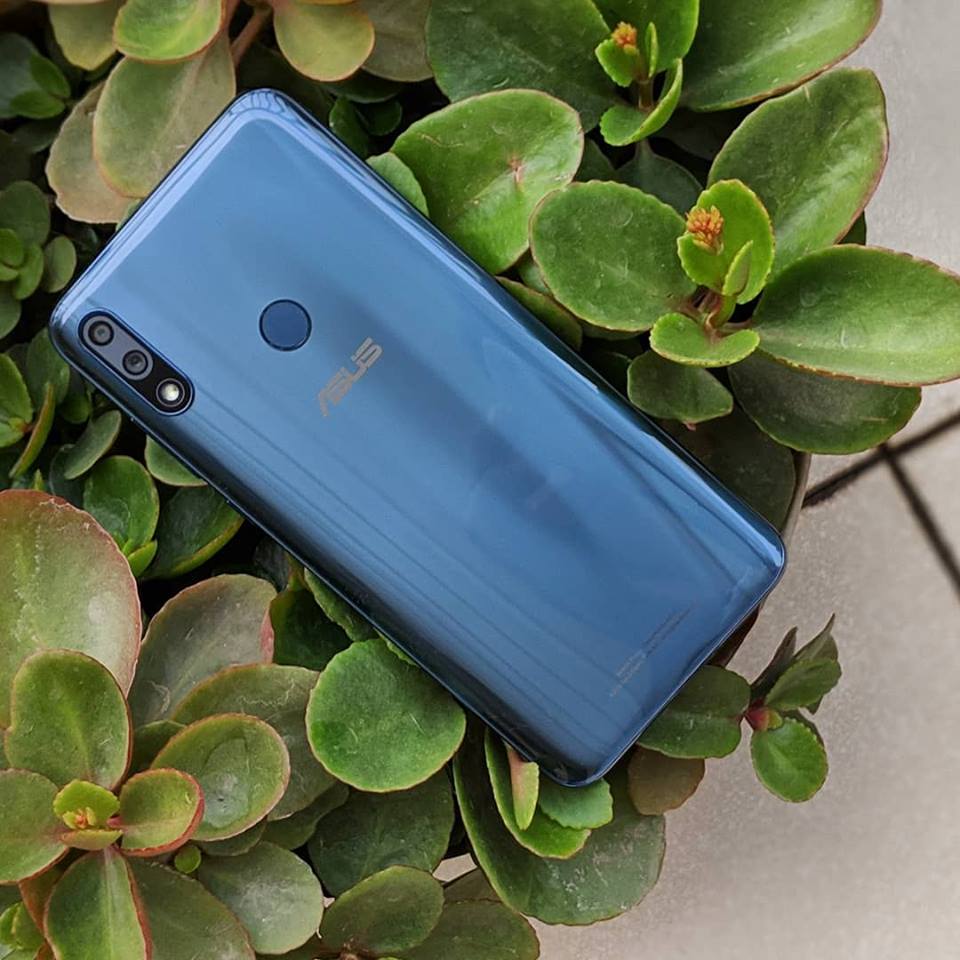 The phone also supports adaptive brightness and adaptive display which discretely lights up the display when the phone is locked and a new notification appears. Furthermore, there’s the night mode that puts a tangerine tint to protect the eyes at night. A new feature is the Smart Screen when keeps the display on when you’re looking at the screen or holding the phone upright. It probably uses the front camera to see if you have your eyes on the panel while the accelerometer is put to use to check if you’re holding it upright. There is a slight impact in battery life when the feature is turned on, though.

The Zenfone Max Pro M2 runs on Qualcomm’s Snapdragon 660 processor paired with Adreno 512 GPU. In terms of performance, the Zenfone Max Pro M2 manages multiple apps in the background without forcefully closing any. The device comes running Android 8.1 Oreo out of the box, however, Android Pie rollout for the device has been announced for January 2019. Overall, the presence of powerful internals and stock Android ensured that the phone performed extremely well during our time with it. For instance, the popular game PUBG Mobile works fine with the graphics settings toggled to medium. The security features on the device include a fingerprint sensor at the back as well as facial recognition support, both of which are quick to react. 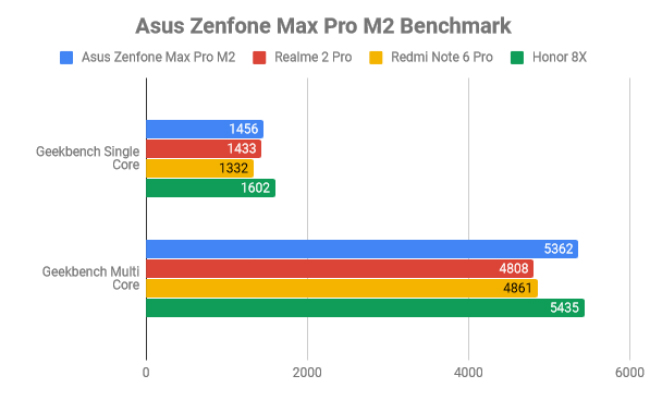 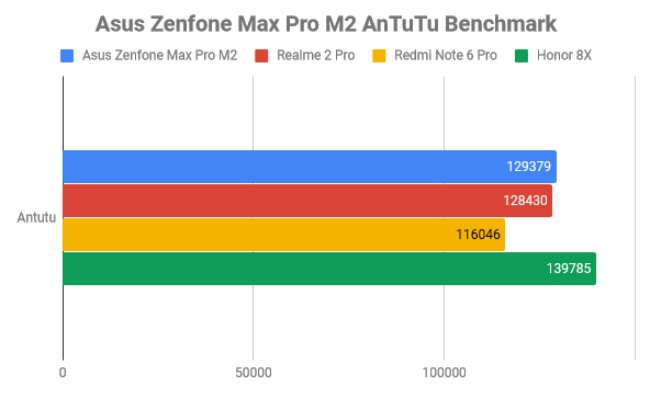 The review unit we received had the performance benchmarks locked out. So we had to sideload the apps, and even then 3DMark and PCMark failed to run. We did manage to get scores for Geekbench and AnTuTu, and they are much higher than what the Asus Zenfone Max Pro M1 scored. The thing to note here is whether the Max Pro M2 performs better than other Snapdragon 660-powered phones.

The Max Pro M2 scored 129379 on AnTuTu 7.0, which is higher than all other Snapdragon 660-powered phones. On Geekbench single and multi-core tests, the Max Pro M2 scored 1456 and 5362, both marginally higher than the Realme 2 Pro and the Mi A2. However, the Zenfone Max Pro M2 failed to beat the Honor 8X in performance benchmarks and Honor’s offering is still the best performing phone in that price range.

The highlight of the phone is battery life. The 5,000mAh battery regularly lasted us for two full days. It was only with really heavy usage (3 hours of GPS navigation, 3 hours of PUBG gaming, an hour of video calls, multiple benchmarks and 2 hours of voice calls) that the phone’s battery dropped below 20% in a single day. Much to our surprise, the Max Pro M2 weighs just 175 grams even with the large 5,000mAh battery.

The rear camera unit takes satisfactory images in day light. However, even with a bright lens, its lowlight imaging remains sub-optimal. The photos taken in low light come grainy with visible noise levels. There is a dedicated night mode in quick settings, but it does not show any major improvement to the frame.

It also requires steady hands to capture images in the night mode. There is a Pro mode to make custom settings based on frame requirements. This is the only mode that allows you to take good shots in low light, provided you know how to tweak the settings.

Overall, the ASUS Zenfone Max Pro M2 is a good upgrade to the Max Pro M1 when is comes to performance and camera at an additional cost of Rs. 2000 compared to the predecessor. Even though this doesn’t have the same metal build, the design looks attractive. However, it misses out on the USB Type-C port and fast charging once again. If you are looking for a smartphone with good battery life and performance in the price range, the Zenfone Max Pro M2 at a starting price of Rs. 11,999 is definitely a good choice.

What is the Best Phone Tracker for Android?