Xiaomi Redmi 5A Review: The best among super affordables

Xiaomi has become one among the most reliable names in mid-range smartphone markets in Asian countries, especially in India. The company still holds the first position in the country for most selling affordable and midrange smartphones. Apparently, the company could satisfy customers from affordable category to powerful mid-range phase with their huge lineups if smartphones from Redmi and Mi series. As a continuation of their process to capture the  Indian market, the company launched the Xiaomi Redmi 5A couple of months ago, which even made the company more trustful name in the entry-level manufacturer.

This time, we have received the Xiaomi Redmi 5A 2GB variant which is considered the most affordable, best smartphones available in the Indian market today. Have a look at the entire review. 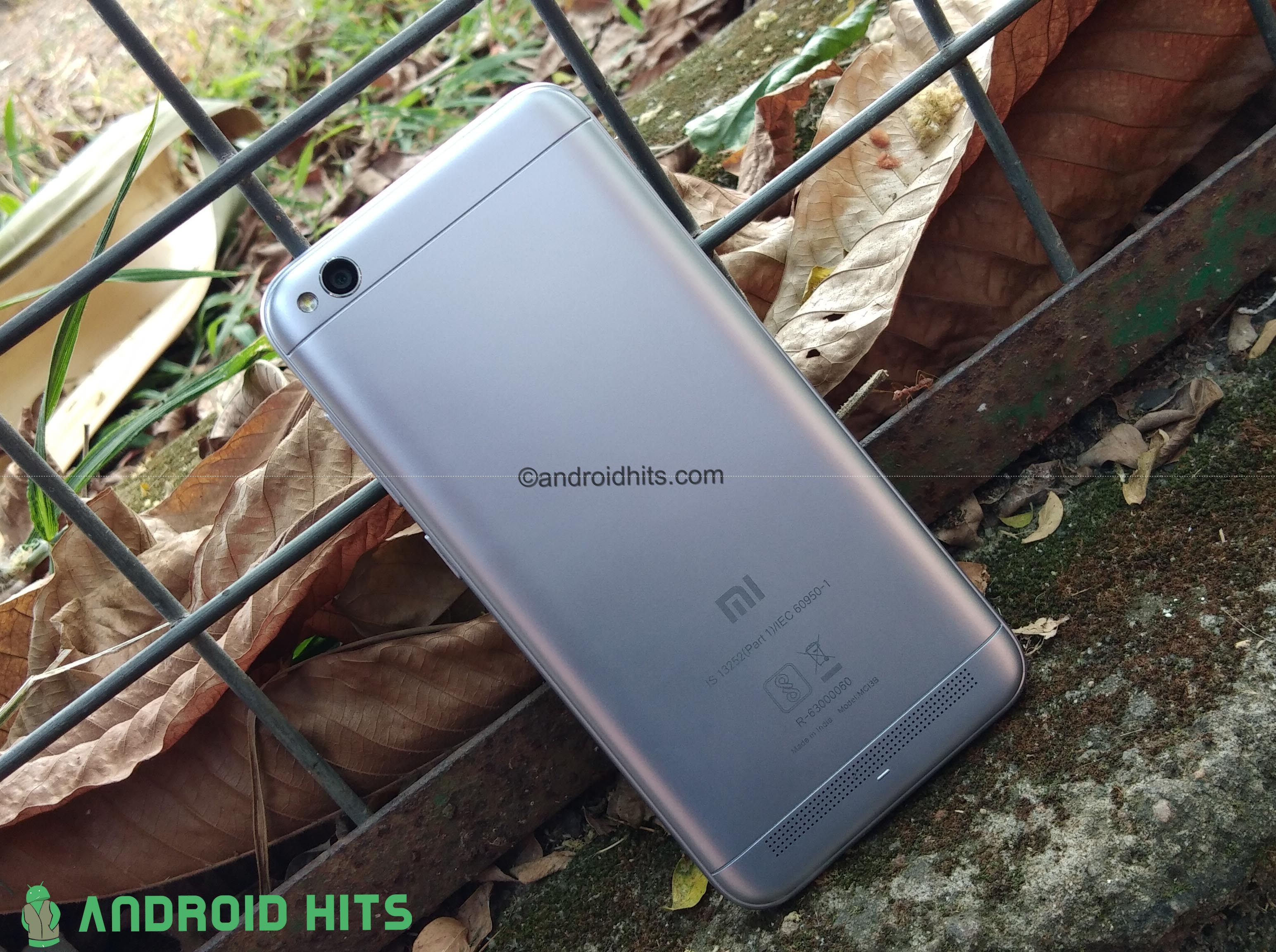 Xiaomi Redmi 5A was launched with the tagline “Desh ka smartphone” which literally means “Nation’s smartphone.” It is not clear why they ould give such an unquiet tagline for the device just to sell much fierce amount among Indians. At least the device may be “Made In India” but the tagline did seem little unnecessary unless they have a plan to capture mediocre minds in nations. However, the smartphone is one of the most affordable smartphones with a best value-for-money hardware onboard. The device is not a quiet powerful one but is great enough for average daily usage including browsing, texting, social networking, etc. The device actually came as the successor to the previous Redmi 4A smartphone with almost similar specifications.

The Redmi 5A smartphone resembles its predecessor Redmi 4A in many aspects, including hardware as well as the appearance. The smartphone is packed with a metallic finish body, but with plastic on many parts. The front panels look as same as most of the Redmi series smartphone, but with a smaller display. The bezels are quite typical yet, not too ugly. The navigational buttons are provided externally, but o backlights have been set for this time. Interestingly, the notification light is moved to the bottom, just below the navigation bar. The notification light is visible only when the device is being charged or if any pending notifications. On the top, the proximity sensor, front-facing selfie camera and the earpiece speaker for calls are mounted symmetrically. 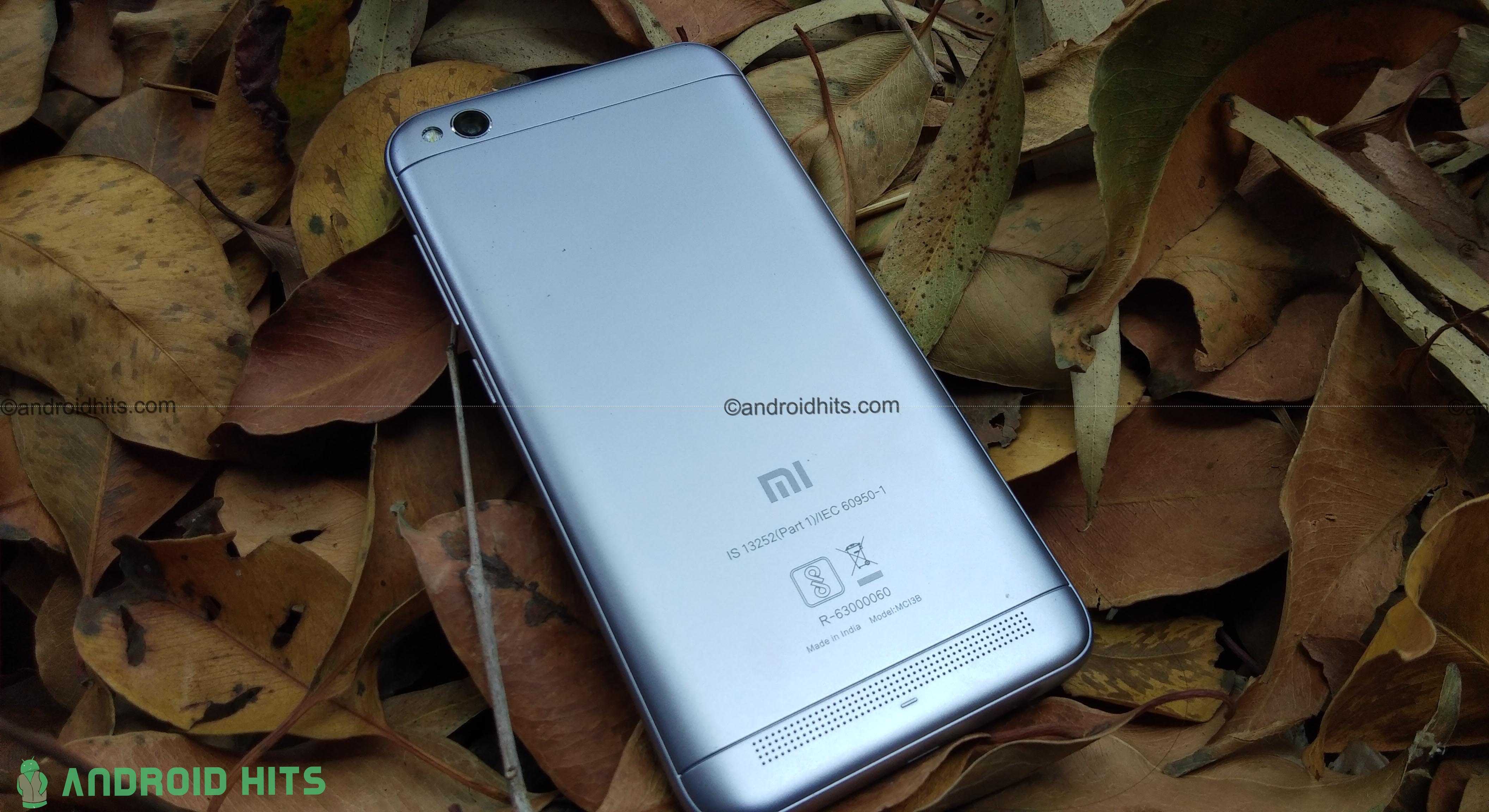 The 3.5mm headphone jack and USB port are provided at the bottom edge, while the speaker grill has been moved to the rear panel. The smartphone has two SIM-trays; one for SIM-1 and SD card, and the other for SIM-2 alone. This would be a helpful feature those who really like to insert two SIM cards and an SD card simultaneously, which was a lacking feature in the older hybrid trays. The power button and the volume rockers are located on the right panel. They are easily distinguishable, so no need to seek out much with the fingers. COming to the rear panel, the primary camera module is located on the left corner along with a single LED flashlight. The speaker grill comes below the bottom border, plastic wrapped. The smartphone design gives a good, compact feel o the hands, though not slippery at all.

If you consider the display rather than anything, the Redmi 5A would please you to an extent. the HD display at 5-inches is not bad at all. The display has a resolution of 720×1280 px. The pixel density of 296ppi makes it sharper somehow, with some better amount of contrast. The smartphone UX supports display temperature control settings which are really helpful in setting a comfortable mode in accordance with the situation.

Redmi 5A does not see to be a good choice in the brightness of the display it produces, especially when there is a beam of light reflected on the screen. Also, while adjusting the brightness, the lowest one had to be a little lower.

The device is powered with Qualcomm’s Snapdragon 425 Chipset along with 2GB of RAM. The quad-core chipset has enough power to carry the multi-tasking, but not enough for games. The frames were skipping along while playing high-end games, and the app switching was little laggy. So, it is not recommended to try games on the smartphone, otherwise, you lose your mind seeing laggy act. The second pace feature in The Redmi is an amazing feature which lets you run different accounts on one device. But this too is still making the device performance stutter. 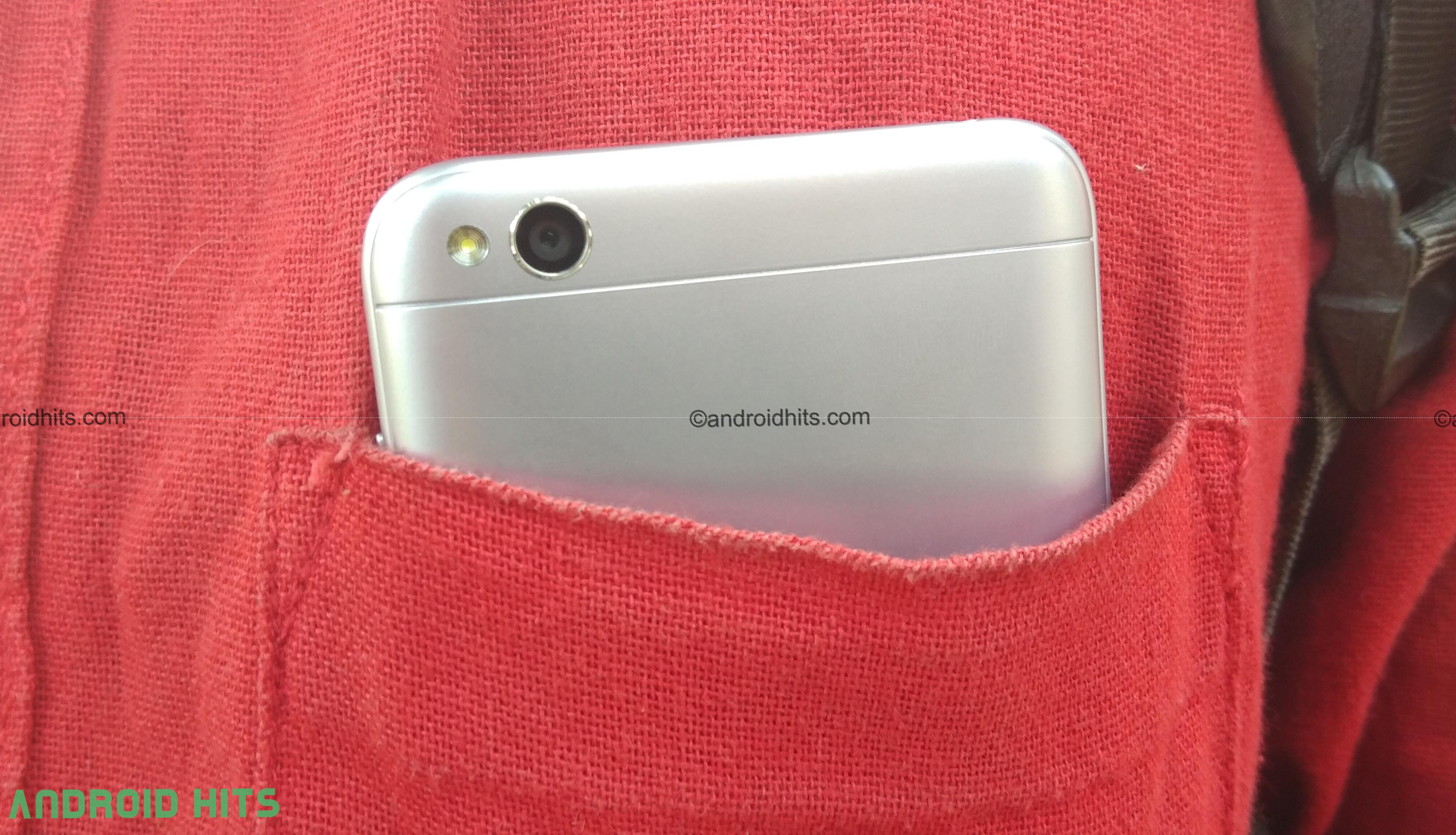 The smartphone sports an IR blaster on the topmost panel which can be used to control televisions, AC, Media players, the etc. The company also lets other third-party apps to access the IR blaster for custom usage.

Xiaomi Redmi 5A is shipped with Android 7.1.2 Nougat Operating System onboard, topped with MIUI 9. There are many things that I love about the Xiaomi’s MIUI. The Operating System is specifically optimised to power the device well. The device carries many bloatware and several pre-installed apps from the first boot including UC Mini, Amazon India, UC News, WPS Office, Skype Lite, Microsoft Office, words and many other. the pp repository is filled with the clones by Xiaomi to the other default basic apps including music, movies, etc. There is an app named Mi Drop, which is a common one in MIUI, which is a Xiaomi clone of Apple’s AirDrop on iPhones.

Seeing the camera performance of the Redmi 5A, I was really bummed out. But comparatively, it performs the least standard of affordable cameraphone on the other hand. The images which were taken in the 13MP rear camera was not that much impressive, and they were lacking detail. the oily blush found on the images really makes some awkward feeling, and not suitable for social media posts. Also, the colour saturation and contrast level are very lower than norms. The images would have been looking little better if the camera output had a little more saturation. The camera App UI looks familiar, with many filters, masks and beauty mode.

The front facing camera is so pale, but the smart beauty and pro beauty modes help in getting good-looking pictures. The pictures are not quite great ones without the above filters. Check out the image samples. 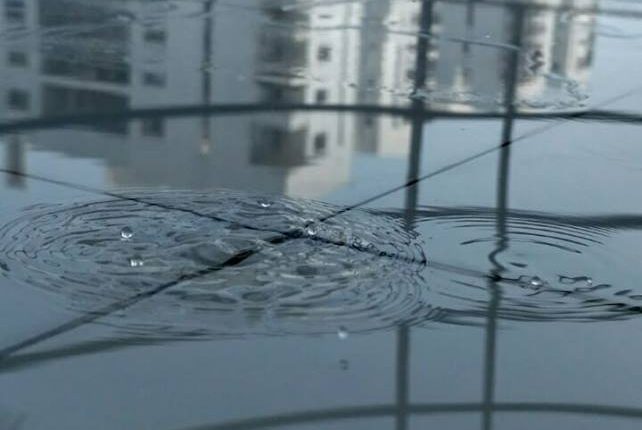 The company offers a 3,000mAhbattery. As most of the Xiaomi smartphones are much great in battery backup, we too had anticipated such aa battery performance in Redmi 5A smartphone too. In continuous aggressive usage, the smartphone lasts long a day entirely. The smaller display and efficient processor help in showing off a better battery backup performance in an average usage. The video loop test ended with 10 hours of flawless working. If you are a person planning to buy a super affordable smartphone with decent performance, the Xiaomi’s redmi 5a is the best choice for you. The device lacks fingerprint scanner and navigation backlit, but it is great enough at the price range. The 2GB/16GB variant of the smartphone costs Rs. 5,999 as per the retail box. The price tag has just been slashed in Rs. 4,999 permanently, which makes the device even, more affordable. The device is good for average daily basis usage, but not good for gaming and high-end tasks.

Meizu 15 Plus leaked in live images