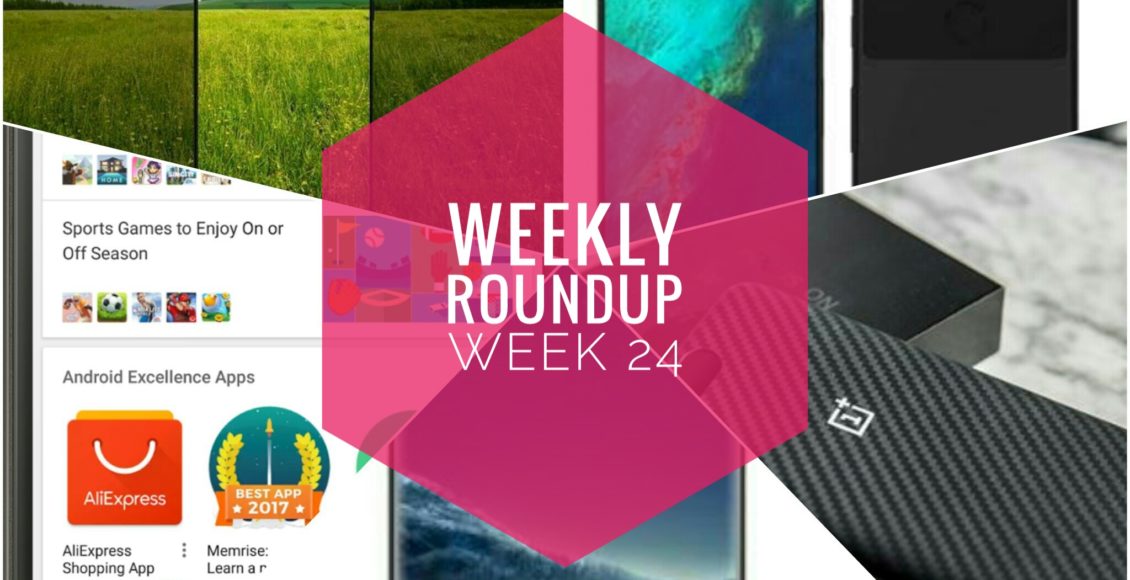 The week 24 in 2017, ie the past week is in review on our editor’s desk. Here are the Roundup review of major things happened in Android world on Week 24.

One of the most anticipated, innovative smartphone from the Chinese giant Xiaomi, the Mi MIX 2, successing model of Mi MIX has been officially confirmed. The company announced that the device will be designed by world famous french designer Philippe Starck. The smartphone will be launched after the official debuting of another bezel-less smartphone Redmi Pro 2 in July.

While surfing on Google Play Store, most of the users are in search of best apps, best games and beautifully crafted as well as securely built programs. It was almost difficult to choose between apps. Google has recently introduced a new section in Play Store named “Android Excellence” which lists out the best apps. Apps contains incredible user experience, best practical usage, great UI, best technical performance, localisation and device optimisation are handpicked by a team of testers from Google. So no worries next time you open Play Store, can be found on Editor’s Choice section.

The second generation Pixel XL device, to be named as Pixel XL 2 smartphone has been leaked in several threads. One from GFXBench benchmarking result revealed the complete hardware Specifications of the device. The Pixel XL 2 will be powered by Snapdragon 835 with 4GB RAM and 128GB storage space. Another exposing details from Google issuetracker website showed that the next generation Pixel XL will be manufactured by LG Electronics, apart from the HTC’s Pixel 2.

Father’s day was a prior to every carriers and retailers to offer discounts and deals in Smartphones as well as gadgets. Among them, T-Mobile’s BOGO Bonanza deal gained attention with great deals. Ahead of the Father’s day, which is TODAY, T-Mobile has offered his deals on Galaxy S8 and LG G6 models. For those who buy the devices with ready-cash, the T-Mobile has offered a cashback if upto $500 in LG and $790 for Galaxy S8 devices.

While picking up the best articles for the weekly review, I found these as apt for your quick read. If you have missed those, read from above. Or if you want to read in detail, links are provided in the title of each section .

Subscribe to our newsletter, follow us on social media for more updates and weekly Roundup articles on every weekend.