Google on Thursday announced the launch of their new app named as Google Assistant Go. This new app from the tech giant is focused on Android smartphones with low RAM. Actually, this application is a mini version of the real Google Assistant made exclusively for the Android Go devices. Google introduced Android Go a few months ago as a lite version of the Android for low-end smartphone devices. Since then, Google promised that they will bring more Go edition apps to the market.

Google says: “Lightweight and fast, yet still packed with your favorite features, the Google Assistant is now available on Android (Go edition).” According to the information received from the sources, this lite version Google Assistant won’t have the keyboard option and many features. So you will have to use the voice control instead. However, it cannot save reminders and control smart home devices like the real app. But don’t worry, Google is promising to add these features in the future.

Google Assistant Go is available in English, French, German, Italian, Japanese, Portuguese, Spanish, and Thai. The company said that they are working on it to add more languages to the support list. The Assistant Go will come pre-installed on Android (Go edition) devices. It is also supposed to do the same things that a regular Assistant does but will use lesser resources. However, talking about the things that it can’t do which include setting up reminders, controls for smart home devices, Actions on Google, and Device Actions. 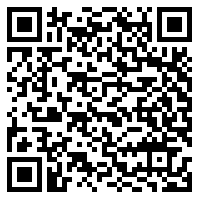