There has been no official confirmation from the Google yet. But now, you can access this feature on some Android smartphone models. However, We’ve tried it on a Galaxy S8+ and it is working perfectly. 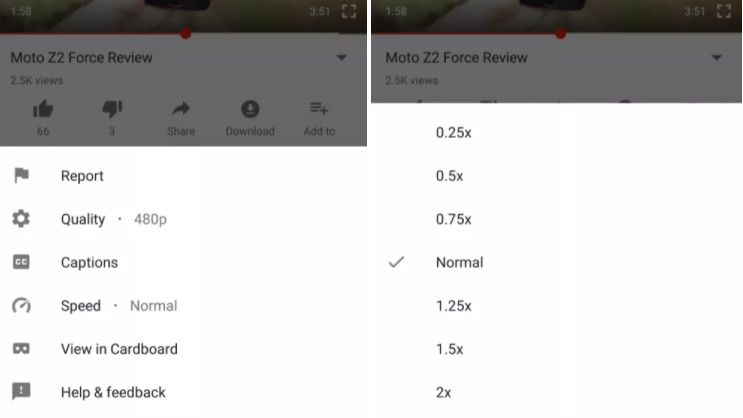 Tapping on the three dots in the upper-right corner of the YouTube app while watching a video reveals a menu with options to report a video, change the playback quality, add closed-captions, view the content in Cardboard, and access YouTube’s Help and Feedback section. However, it now looks like users (at least some of them) have an option here for changing the speed of a video.

The latest version of the app is 12.29.57 and it has this new feature. If you are running this version of the YouTube app, check if you have this feature. Otherwise, you will have to wait for some more days to get it.