Chinese budget smartphone manufacturer Xiaomi is reportedly working on the company’s forthcoming id-ranger smartphone Redmi Note 5. The smartphone is expected to be unveiled by January 2018. As we are only a couple of months away from the official launch date, we have been started seeing several leaks and information regarding the smartphone whatsoever. Now, one of the very first live images of the Remi Note 5 has just leaked, showing the complete physical appearance features of the device.

At the very first glance, significant things which trap in the eyes are the dual-camera setup on the rear panel and the Full Vision type display having an aspect ratio of 18:9. It is evident that the Chinese manufacturer is also trying a hand on the trending 18:9 display. The display with 2:1 ratio (18:9) was criticised by the market analysts in the very beginning when the LG released the G6 with the first taller display. But nowadays, it seems ubiquitous. 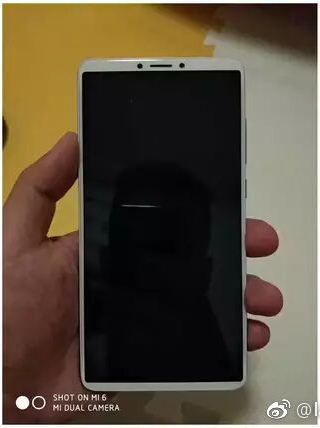 The Front panel has only a lesser bezels because of the 18:9 taller display, with possibly an  FHD+ resolution. The smartphone is rumoured to be powered by Qualcomm SDM660 or Helio P25, with 4GB RAM.

Big discounts for Vivo smartphones at Flipkart on this Diwali season