While the rumor mill is working usual, Samsung has just the ice. The first ever official teaser video of the Galaxy Note 9 smartphone has just popped up on the internet. The leak of this teaser video has ignited a storm among the Samsung fans as the video clearly confirms the presence of 512GB storage capacity of the smartphone. 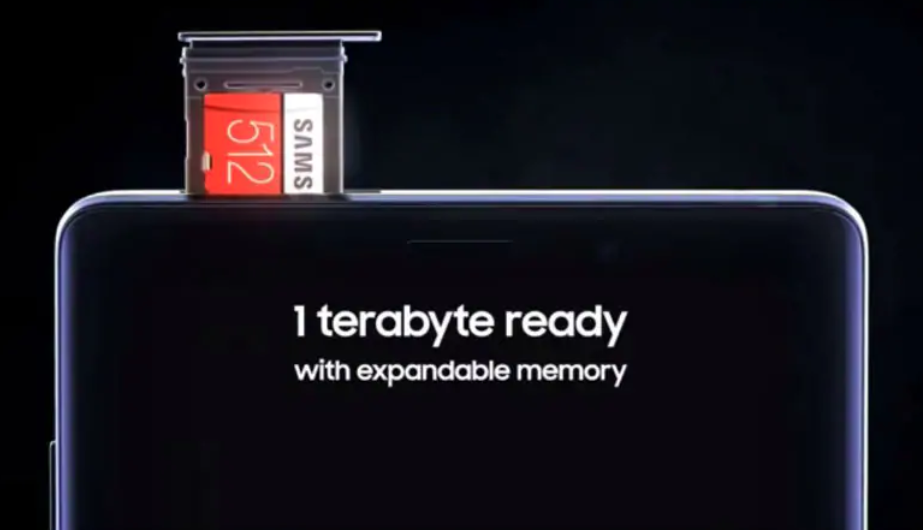 Samsung has accidentally posted a video for its upcoming flagship smartphone, alongside the S Pen stylus. The company has already published another video which showcases the design of the smartphone earlier. But this video confirms the big storage capacity of the flagship. Other advertisements running on YouTube and other social platforms hint at the processing power and performance of the smartphone. These combined leaks confirm that the company has something mind-blowing in the house.

The leaked video also confirms that along with the 512GB inbuilt storage will be expandable up to 1TB via microSD card. The video also reveals some of the shining design parts of the smartphone. However, the video has no indications about the connectivity option of Galaxy S Pen. It works right after unlocking the phone. Possibly, Samsung is secretly hiding some innovative feature (maybe in the connectivity department) for the surprise announcement. We are very few days away from the official launch event.