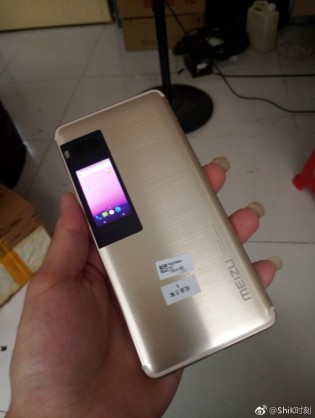 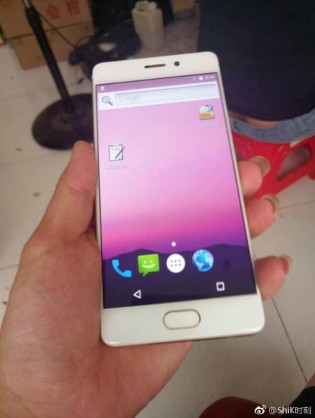 The leaked images reveal the complete design of the device. In the picture, it looks like a 5.7-inch display device. However, We don’t have any source for the exact specifications of the device. But it looks like a large screen. Additionally, there is a secondary display on the back. It runs on the Android 7.0 Nougat operating system. Since it is an unreleased factory unit, it runs on the stock Android version, not a custom UI.

Looks like the home button works as a fingerprint scanner too. We can spot a dual camera setup on the back with a dual tone LED flash. The network antenna lines are similar to the iPhone 7. However, we have to wait some more time to get a clear information about the new Meizu Pro 7.

Tell us what do you think about this new secondary screen.