Latetst update brings the Cortana to the Android Lock Screen

The update brings the ability to activate the assistant directly through the lock screen. This new feature allows users to access the Cortana digital assistant by just swiping left or right on the Android lock screen. With the addition of this new feature, Microsoft is tempting the people to use the Cortana app more often in the Android devices. It also brings a new and improved Home Screen with more information.

Overall, it is a value added update and you should download it to enjoy the new powers of your truly digital personal assistant Cortana. Use the below link to download the updated version. 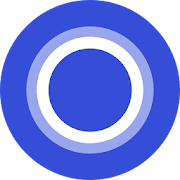