Asus recently announced that they will introduce the Asus Zenfone Max Pro M2 smartphone in Indonesia on 11th December. The Successor to the best budget offering in the segment at the time of its launch, Zenfone Max Pro M1.

The Taiwanese firm has already confirmed to us that the phone will come with a 5,000 mAh battery, which should be enough for all your entertainment and gaming needs for say a day or a day and a half. It is now also expected to come with support for Qualcomm’s Quick Charge 3.0 which would replenish the battery even faster when you want that extra juice at the last moment.

Earlier Asus also had teased the image of the smartphone with a title that read “The Real Pro is Coming” which directly hits Xiaomi as they are the ones that came up with the Pro series in the segment. The image which was teased there in that post had a small notch up top that housed the front-facing camera.

The image also showed off that the device will have a dual rear camera in a vertical orientation with the LED flash placed just below the camera sensors. Asus also said that the primary sensor will support a 3-axis EIS for better video recording capabilities. 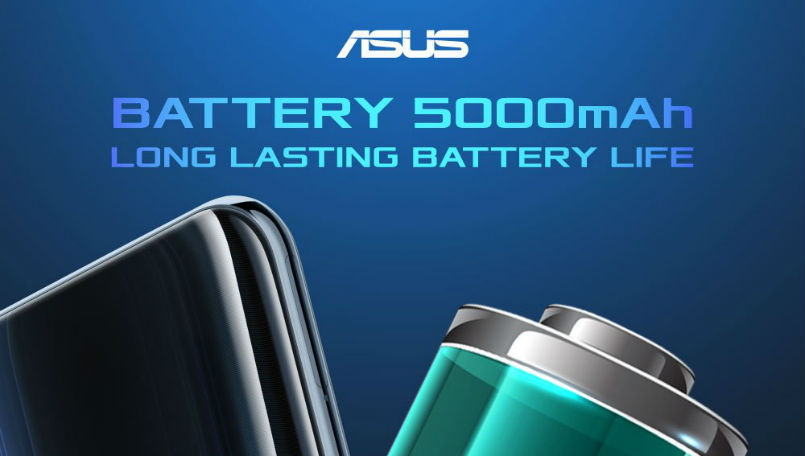 Reports also state that the Zenfone Max Pro M2 is supposed to come with a 6.26-Inch IPS Full HD+ panel with a 19:5 aspect ratio. All of this powered with a Qualcomm Snapdragon 660 octa-core processor. A worthy upgrade over the Snapdragon 636 on the Zenfone M1.

Asus has a launch event scheduled for 11th December on Indonesia to launch the Zenfone Mx Pro M2.