Samsung introduced a great feature named as Always on display with the last year’s flagship Galaxy S7 and S7 Edge models. The feature was quite popular and quickly turned into one of the USPs of the Galaxy S7 devices. Then Samsung added this feature for Galaxy S8 series of devices too.

The always on display was integrated with the software of the devices. So it was not easy to provide great support and updates for this feature. So Samsung fixed it. They released the app in Play Store and you can update it with your supported smartphones right from the Play Store. Now onwards, Samsung won’t have to push OTA updates to bring improvements for AOD. It will be very simple as a normal app update.

With the Play Store release, Samsung added some improvements and new features to the app. The change log in the store says that they added support for the flip covers. So you can use the feature with flip covers on. In certain models, Samsung increased the size of the clock widget to make it more beautiful. If you have a Samsung Android device with always on display feature, you will be able to update your app from the Play Store. Use the following link: 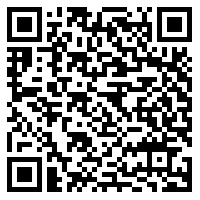