Vivo has been recently seeming to be more often aggressive in making their own things stronger into the Indian market. Maybe as a part of this, the company has become the title sponsor of the Indian Premier League Cricket match. In addition to this, they have launched an IPL Version of their V5 smartphone. However, the company has gained its popularity and reliability among average Indian offline customer with their smartphones equipped with better cameras which were able to shot images with excellent clarity. Recently, with the Vivo V5s (Read the Vivo V5s review), the company has introduced a new phase of smartphone selfiegraphy with Moonlight Selfie Camera.

Now the company has released another smartphone with the same moonlight selfie camera of 5 Megapixel on the front – Vivo Y66. Now we are reviewing this selfie-centric mid-ranger smartphone from the Vivo. Let’s dive on to the Vivo Y66 review. Before that let us take you through the key specification features of the Vivo Y66. 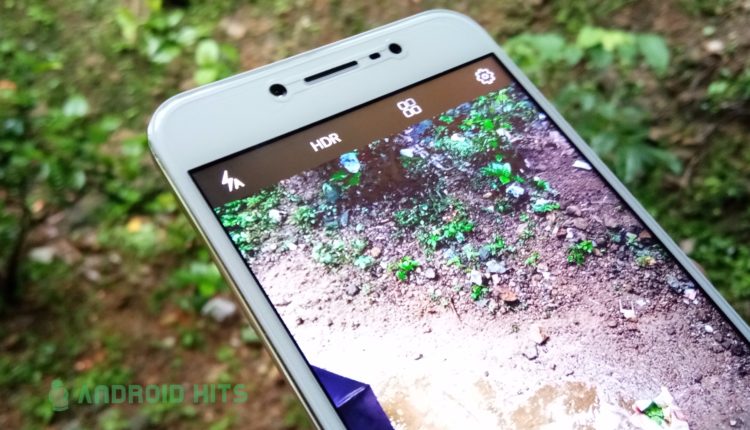 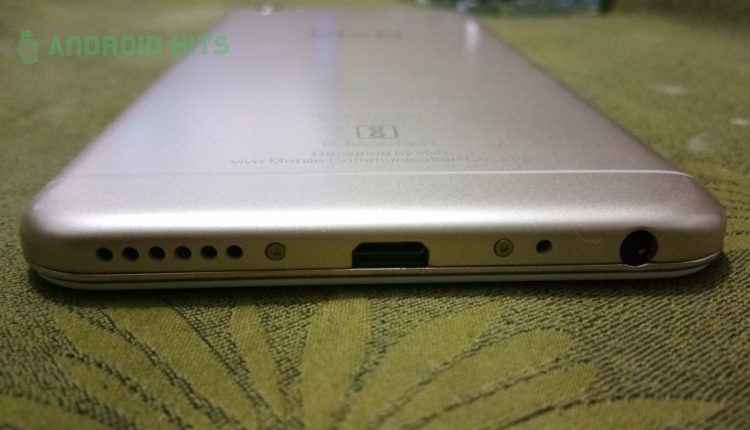 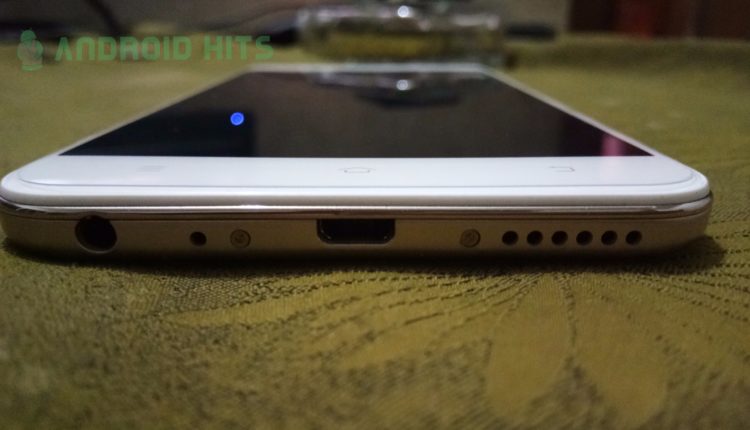 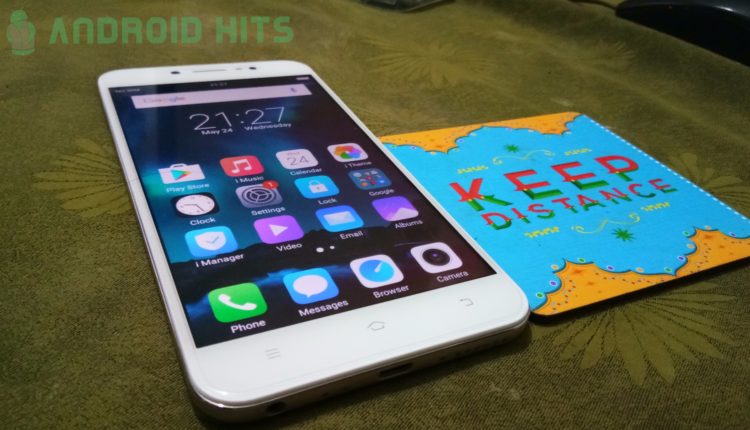 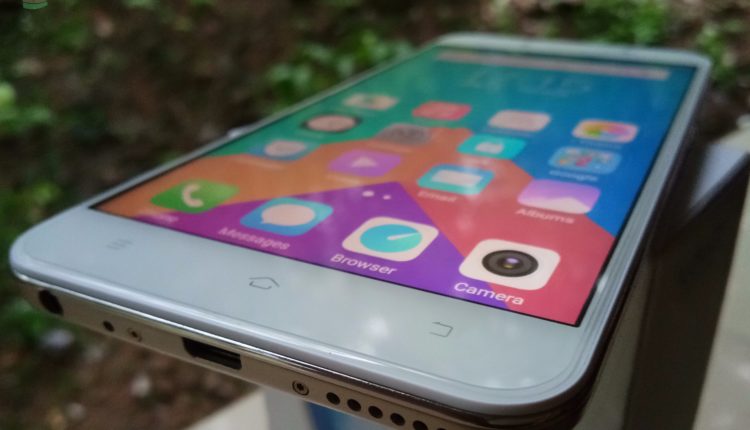 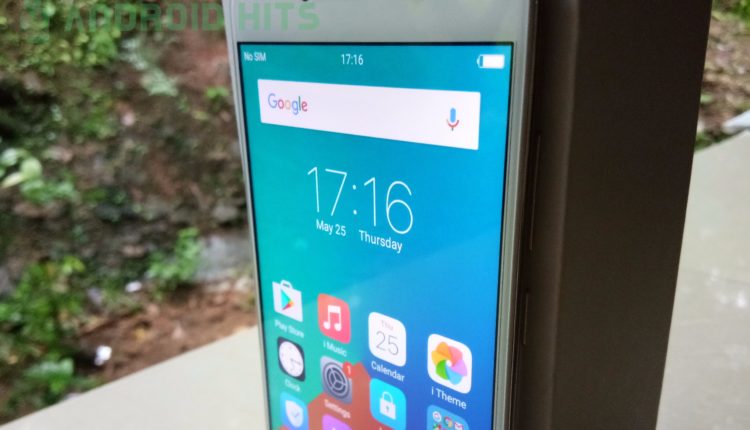 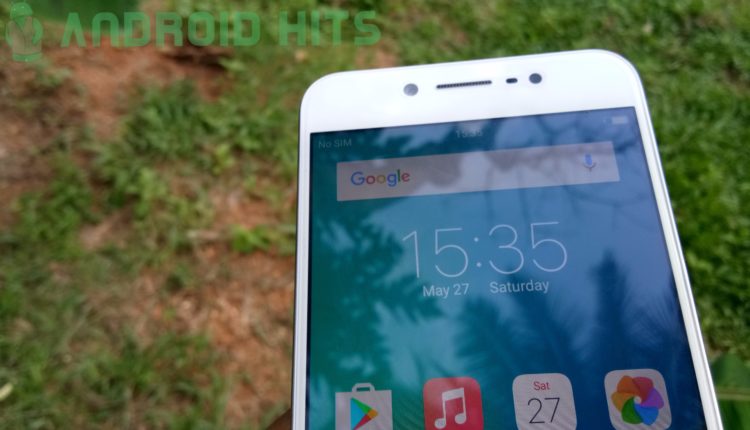 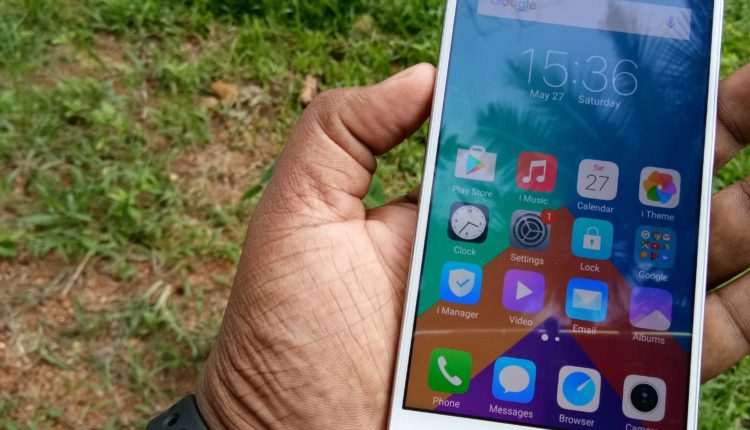 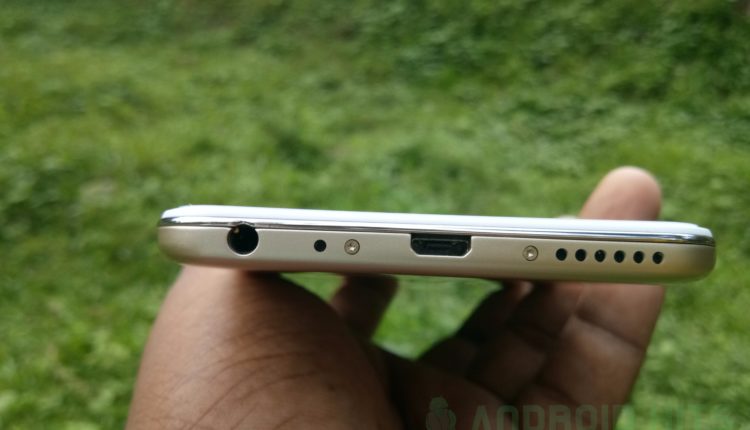 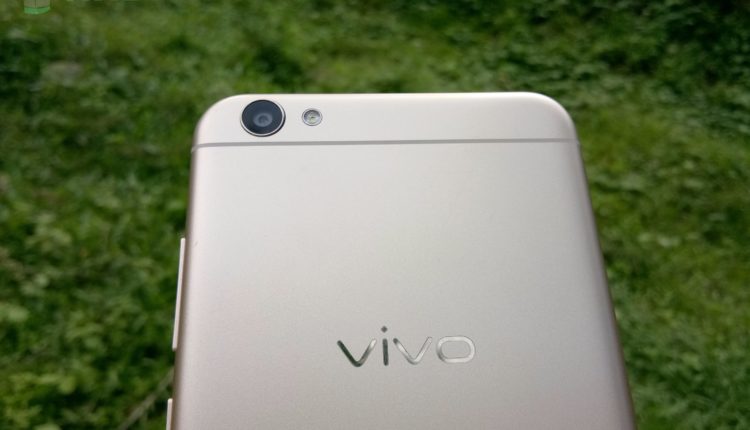 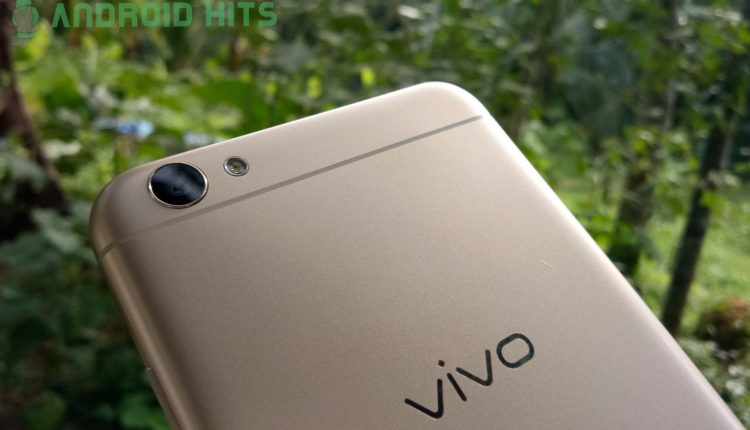 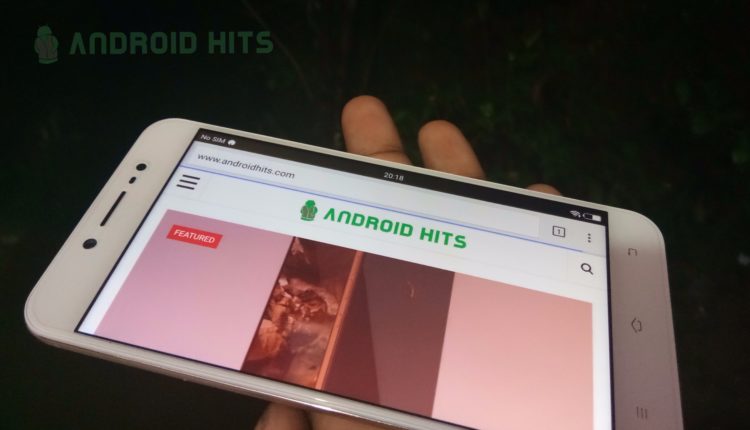 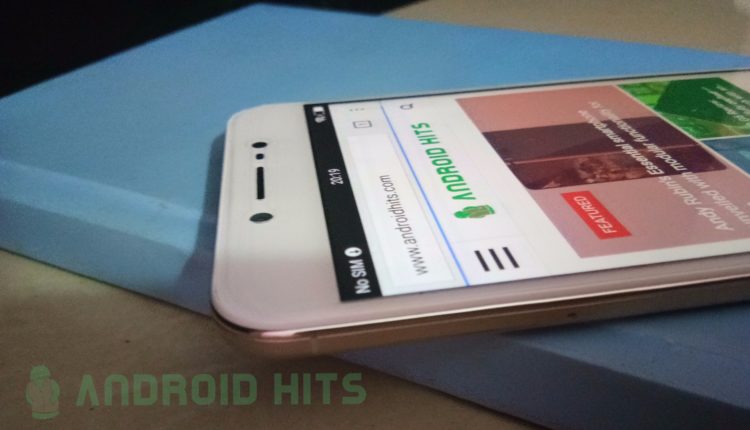 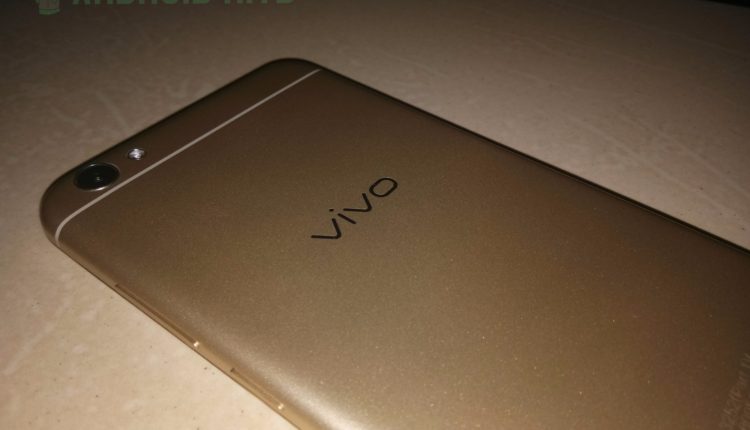 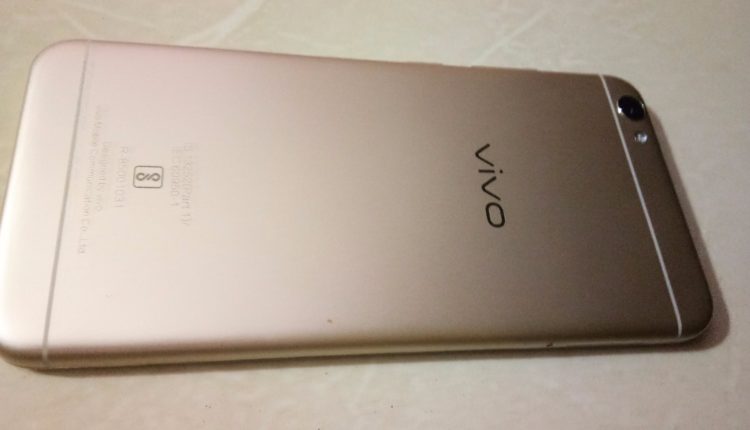 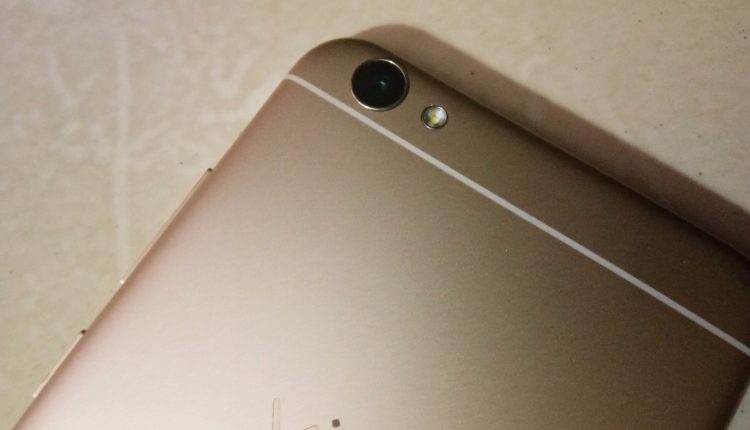 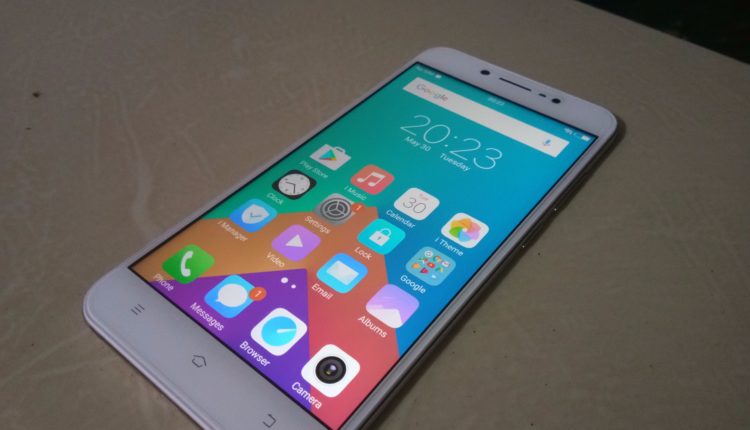 The Vivo has been following the so-called Apple iPhone 6 design patterns in many of their recently showcased smartphones, now on Y66 too. The device almost looks like Vivo V5s Smartphone, lacking the fingerprint sensor. Although the device seems so sleepy and stylish made of aluminum, it doesn’t provide a premium feel. The display panel has a 2.5D glass topped over, which gives a premium device look in spite of no extra protection for the display. Just above the display, the 16 Megapixel moonlight selfie camera unit is molded, along with a large flashlight which produces a soft light beam. Concerning the rear portion, the Vivo Y66 looks almost similar to the iPhone 6 series smartphones, from camera position to the antenna lines. The 13MP main camera department holds it’s position at top left corner along with the flashlight. There is a Vivo branding logo at the middle. The USB port, 3.5mm headphone jack, Microphone, and speaker are located at the bottom edge. You would see many similarities between Vivo V5s and Y66 on many levels. The device is not so slippery than the company’s previous mid-rangers. The home button and volume rockers positions are quite in the right position to press easily. The sim tray has a dedicated sim slot and another hybrid SIM – microSD slot. In this portion of Vivo Y66 review, we are trying to expand the details about the display for you. The Vivo Y66 smartphone comes with a 5.5 inch IPS LCD Display, with 2.5D glass on top. But officially there is no Gorilla Glass Protection. The eye protection mode on the screen settings helps to filter blue light and results in a yellowish outcome which is a stress less way to stare at the screen for a long time. The navigation buttons are separated from the display (not on-screen), but the same panel. As the display is only 720×1280 pixels resolutions and having 267 PPI pixel density, we didn’t get a sharp view of the screen on many occasions, especially on VR. And this display resolution draws back the customer from buying the device compared to other competitors in the market.

Camera and Music are the Vivo’s mainly highlighted areas in their smartphones. The Vivo Y66 offers a 16 Megapixel front-facing selfie camera unit with a Moonlight Selfie feature which was announced with V5s earlier. The Moonlight Selfie doesn’t do many things to make images clarify more but just beautify them. So you don’t need a Photoshop, CandyCam, You can perfect or other photo enhancing software to make you beautiful in images next time you click a selfie with Y66. While testing the rear main camera, we were expecting a nice output based on the theory stated by many flagships “Megapixels doesn’t define the quality of the image.” But a little disappointment was the result. The 13 Megapixel camera is capable of taking images having fairly enough quality but lacks detail and seems a bit noisy. While enlarging the image, an oily blush over the pixels in images are clearly visible, and it’s awful to see coming that. The autofocus takes a little while to detect things to be focused, but the touch focus is okay. There are many modes and manual controls on the camera app which could reduce the negative effects to a certain extent.

While using the device for Vivo Y66 review, the main thing I noticed is the Vivo’s aggressiveness in implementing Apple’s design pattern in both hard and soft sides. The User Interface of Vivo named FunTouch is well known for its iPhone-like controls all over the interface. The Y66 is shipped with the version 3.0 of FunTouch based on Android 6.0 Marshmallow. The default apps are named inspired from the Apple-like, iMusic, iManager, iTheme and a cloud storage service called vivoCloud. Not many bloatware are preinstalled in the smartphone instead, some useful app packages like UC Browser, Facebook, WPS Office, GApps, etc. Many gestures included seems to be inspired from other OEMs. Also, there are some Vivo unique gesture features. Quick settings panel can be drawn from the bottom, the iOS style.

The Vivo Y66 smartphone sports 3GB of RAM, coupled with Qualcomm Snapdragon 430 SoC clocked at 1.4GHz. The processor is not uncommon in the segment, but most of the customers buying smartphones around 13k-15k INR prefers at least Snapdragon 625 or 652. The entire system run smoothly in normal usage. We have experienced a bit of lag in heavy resource usages like gaming and other rendering programs. During normal hours, free space on RAM was in between 1GB and 1.4GB. We had rarely seen the RAM going below 1GB free space, which is impressive. Here are some Benchmarking results we have gotten after the tests.

Apart from the little lag, the device also experiences a little warm on the body, but not a heating device. The battery performance is far impressive than many other devices in the same segment having the same 3000mAh battery. A normal user could manage to use the device for a whole day in moderate usage. While testing continuous screen on time battery backup, the device had run for around 12 hours. Unfortunately, the company doesn’t provide a Quickcharge option for the device as the processor is SD430, which is incapable of QC Technology.

The Vivo Y66 smartphone has to compete with many other smartphones in the same segment like Redmi Note 4, Moto G5, G5 Plus, Lenovo P2, etc. This is the final verdict of our Vivo Y66 review. However, the verdict is upon you. The smartphone priced at 14,990 with some decent specs equipped – in a word – is overpriced. You could get many other smartphones with same specs, even with a fingerprint scanner at the much lower price tag. But concerning the camera, and as it is their Unique Selling Point (USP), it is worth buying at that price. The smartphone mainly aims at selfie lovers, just as the brand tagline denotes “Camera & Music.”

Owned a Galaxy S8 model? You will have to wait until late June to try out Bixby Voice support