The LG G6 is a better option if you can spend some cash out of your wallet for a good performing flagship from a well-known company.

You will not get a “great-phone-feeling” like Samsung Galaxy S8, S8+ or iPhone 7 Plus while using the LG G6, but it is justified with a decent flagship-level performance at a mediocre price range.

After the lackluster retreat of their smartphone G5, LG has announced their new smartphone LG G6 in India. LG’s new flagship smartphone G6 is official in the country since 24th April 2017. LG has made so many improvements and polishes in the G6 to make it better than any other smartphones. But sadly, still, it is not a perfect one.  But it comes with some unique features and offerings for blowing the minds of consumer’s.

Now we got two separate variants of the device for review; they are Astro Black and Ice Platinum variants. Both of them are beautiful and feels very premium on hand. Despite the color differences, all other things are same in both of them. So check out the specifications of LG G6: 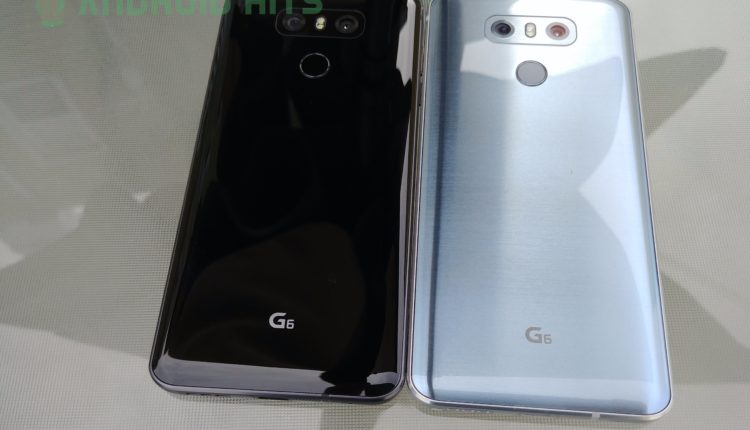 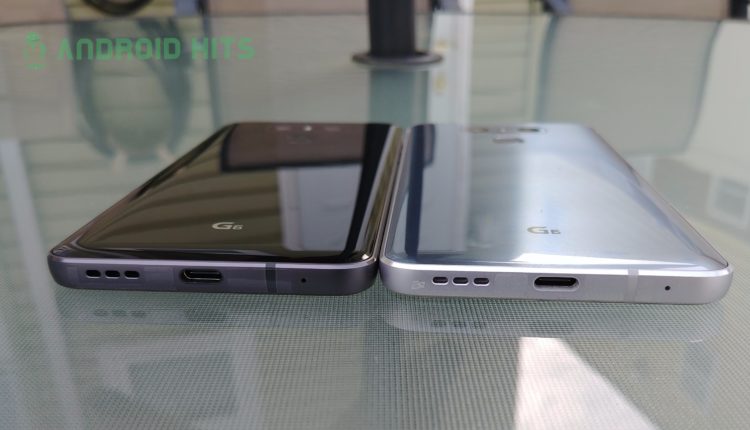 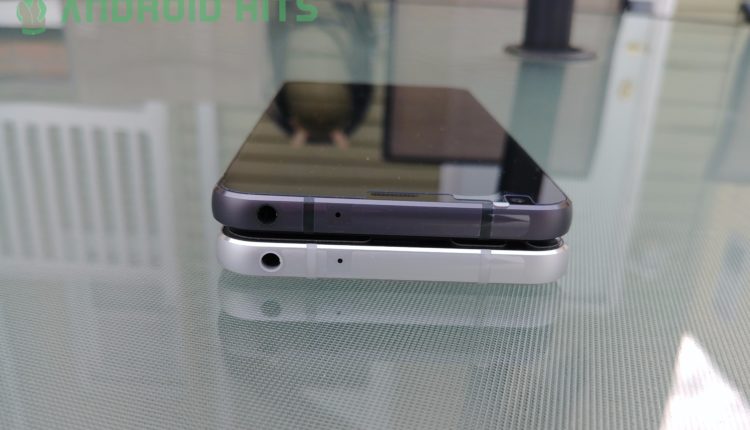 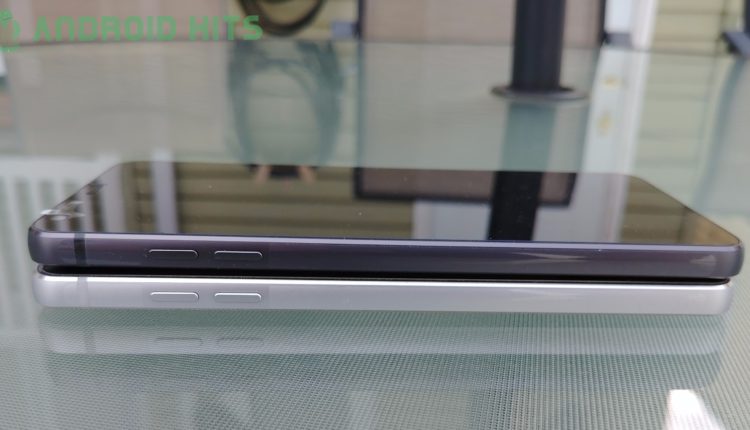 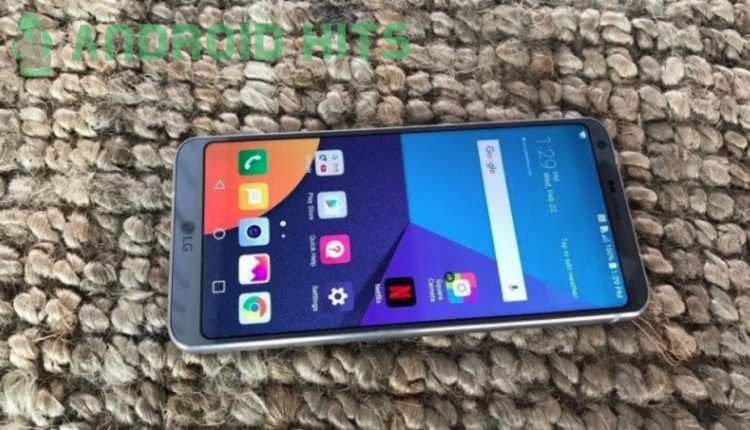 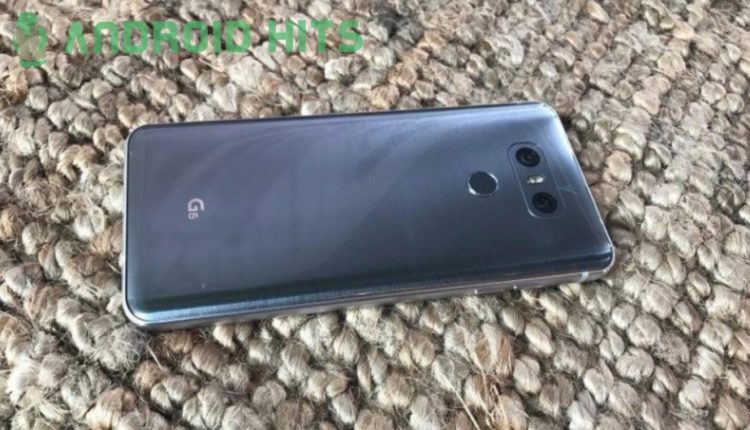 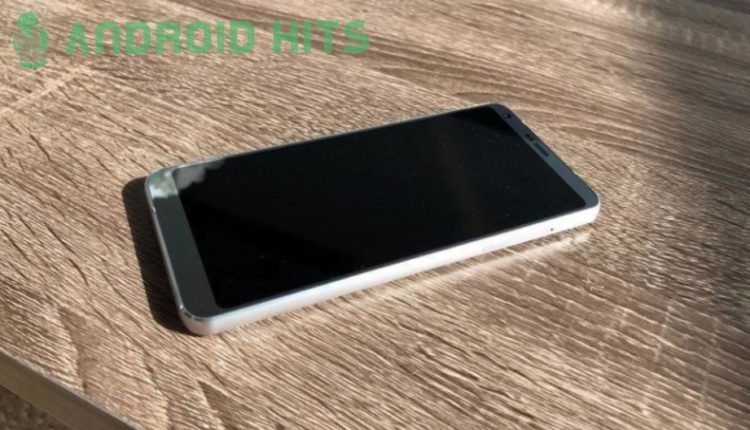 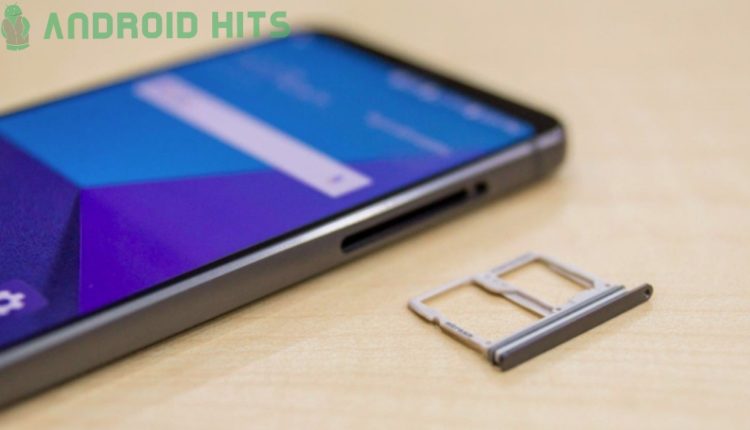 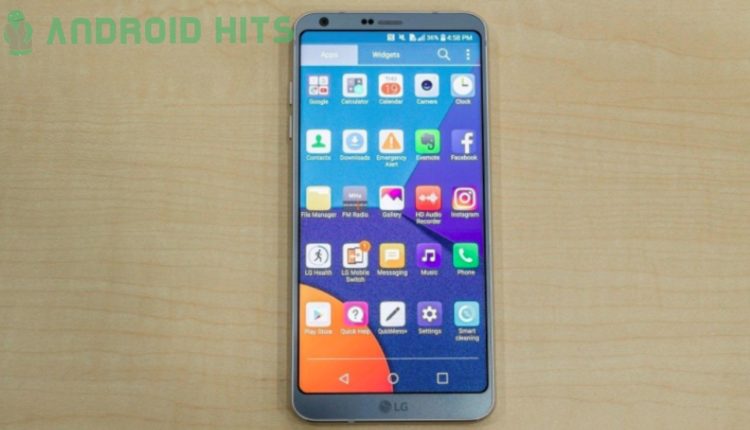 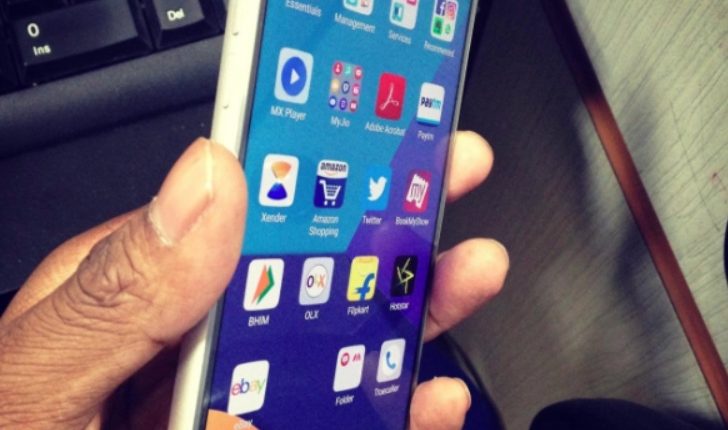 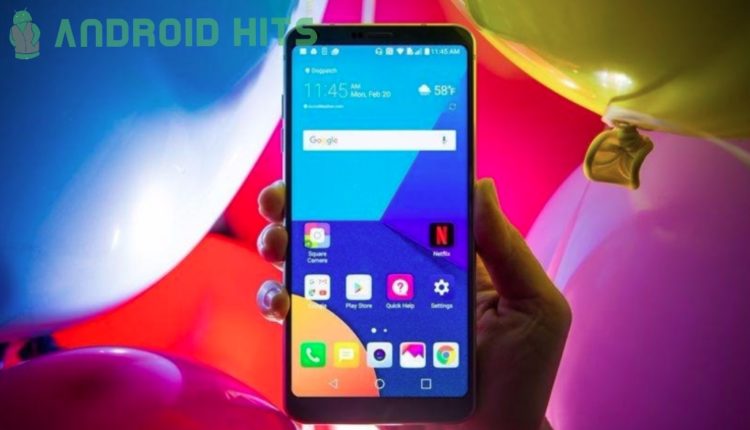 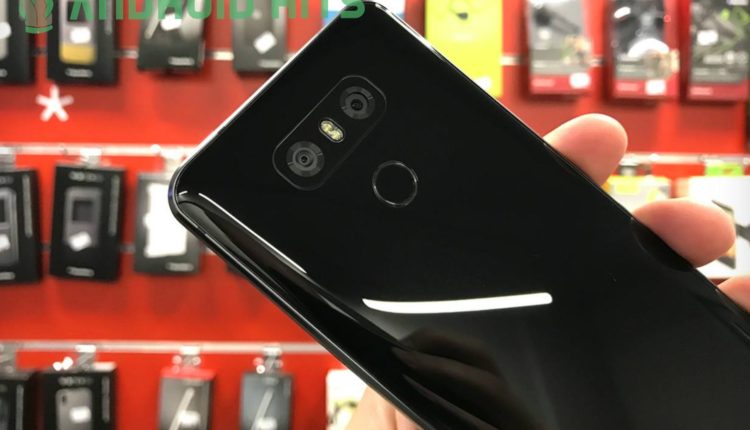 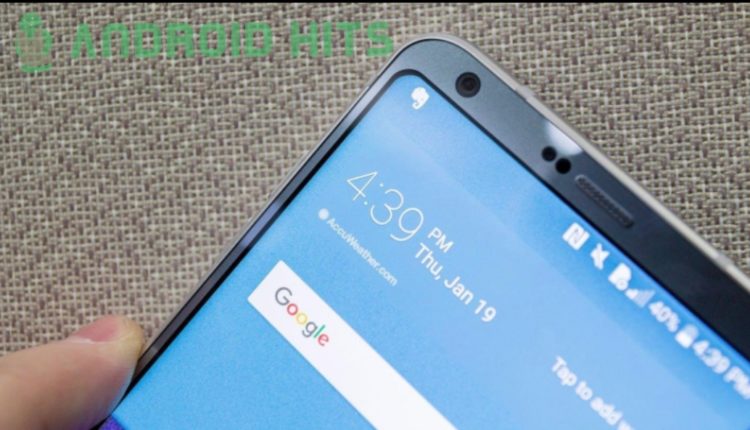 Design, Display and the Build quality

LG has gone adventurous in the case of LG G6’s design. At first sight, it looks almost similar as the LG V20, but there are some notable differences and important changes in both of the devices. The back side of the G6 looks almost like the V20, whereas the front has a completely new design. Truly speaking, the front has some similarities with the Samsung Galaxy S8 series of devices. But still it does have a really great design, and personally, it is one of my most favorite smartphone design. On the back side, you will see a dual camera setup and a LED flash in between the cameras.  The attractive camera setup gives a great look to the device. At the same time, it is almost similar to the G5. So it won’t be a new thing for G6 users. But it is more similar to the V20 than the G5. The fingerprint scanner arrangement is also same as the predecessors.  It is just below the camera setup and in a circle shape. The sensor was always within reach of my index fingers, but it occasionally needed a few clicks to unlock.

The LG G6 is sculpted from aluminum and glass and is available in ice platinum and black. The 18:9 FullVision display with rounded corners and narrow bezels conclude the harmonious design. The 5.7-inch display is large enough to enjoy your movies and games. At the same time, that screen size is gigantic for a big group of customers. But don’t worry, it won’t feel like a big device. We can’t easily believe that it has a 5.7-inch screen. It really feels like a conventional 5.5-inch screen device because of the fantastic design of LG. For the protection, you will have a Corning Gorilla glass five on the back side, and it will protect your phone from massive damages. You will get a Corning Glass 3 protection for the screen as well. Additionally, the new LG G6 is water and dust resistant device. That’s a big USP in the device as it was not possible in the G5. You’ll have the volume keys on the left side, just opposite the microSIM and microSD card slot. There is a USB-C port at the bottom, a headphone port at the top side. Dolby Vision transforms your mobile viewing experience with dramatic color, contrast, and brightness that bring entertainment to life wherever you go. Overall, LG has concentrated a lot in the design factor to make it awesome. It offers Quad DAC and Wireless charging features for the US versions. LG says the localization is based on buyer preferences and ensures the price of the phone is kept competitive in different regions. We are using the device for one week, and it is really fast. There were no lagging, no performance glitches, and the device is perfect for a performance thirst buyer. At the same time, we felt that the software is dragging the system down. LG’s UI is actually eating a lot of resources and causing some small issues while playing high-end games and even when starting the phone. We will talk about that in the software section of this review.

Here are the benchmark results of the LG G6 and a comparison with the Google Pixel XL, Galaxy S7 Edge, and the LG G5:

You can see the results above and you can decide yourselves. LG G6 performs great in some points and lags behind in some points. Anyway, still the LG G6 is a good performing device.

LG G6 runs on the Android 7.0 Nougat operating system out of the box. It is flavored by the LG’s custom UI, and it should be familiar to the V20 or G5 users. The LG UI is customized for utilizing the capabilities of the new screen aspect ratio. The apps, settings, notification panel, etc. are well polished for efficiently managing the 18:9 aspect ratio screen. As you know, LG’s custom UI is not very famous, and it is not a great custom interface. It does have a lot of drawbacks and bad feedback. In fact, here in the LG G6, the software and hardware are greatly synced together to give maximum output. The software utilizes maximum things from the screen and uses it for providing great features and capabilities. Features like multi-window mode perfectly work in this new aspect ratio, and apps fit properly on the screen. Unlike any other device, the multi-window mode can be accessed very easily by a long tap on the Android menu key. Another great thing about the LG’s software is that it comes with very less pre-installed apps as compared to many other OEMs. Most of the LG apps are perfectly designed for make use of the new 18:9 aspect ratio.

Luckily the LG G6 has gotten a fantastic wide angle camera. LG G6 offers a dual-camera lens on the rear panel, mounted horizontally. At a glance, the camera department of the device may look like the company’s previous powerful flagships LG V20 and G5. It is obvious that the LG has been trying to reduce the protruding camera bump, which seems successful attempt. The 13MP sensor with 120-degree wide-angle lens offers a better camera-ic vision through the LG’s newly introduced “Full-Vision” display. The front facing camera is of 5 megapixels, again proves that Megapixels doesn’t matter while concerning the camera output quality. Coming to the Camera interface, LG G6 has been provided two different camera apps – One is normal and the other is the square camera. The square camera app works separately, which shots square images which is also can be used to make collages. Everything that comes tells most in the LG G6’s camera is the software side tweaks. LG has managed to configure the better image processing engine and other phases in software base. Being honest, it surprised me in every single shot that I have taken with its high detail and good quality. You can even get an amazing shot at low lighting conditions, and the company promises an amazing shot by using the dual camera processing Technology.

The camera modes are quite a variety it seems. Apart from the typical camera modes like Panorama, HDR, etc, there are several other options like 360 Panorama, Food, etc 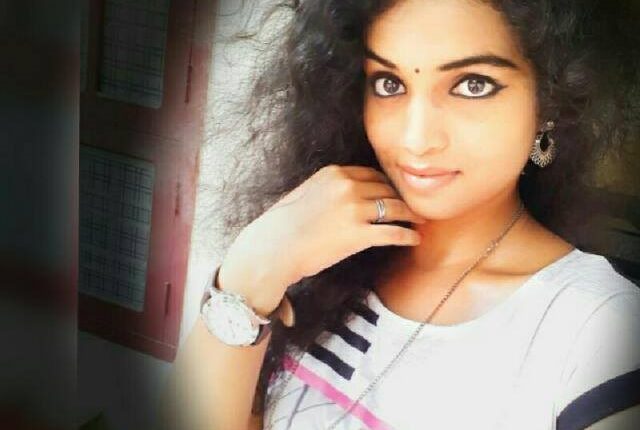 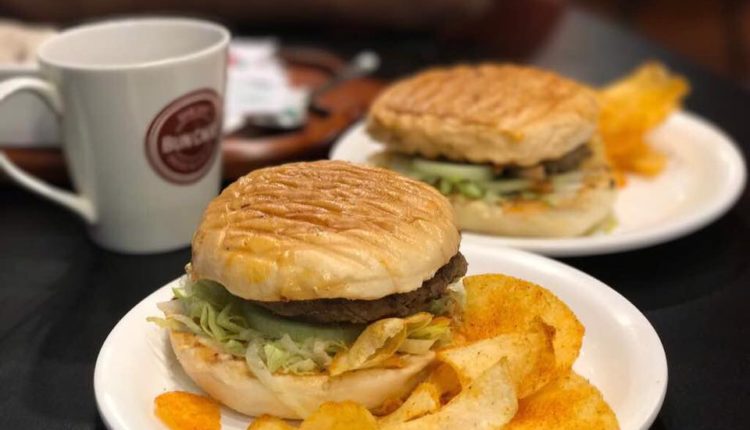 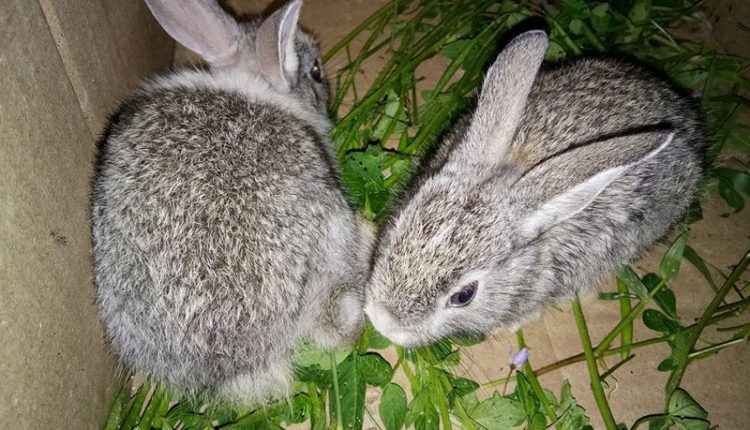 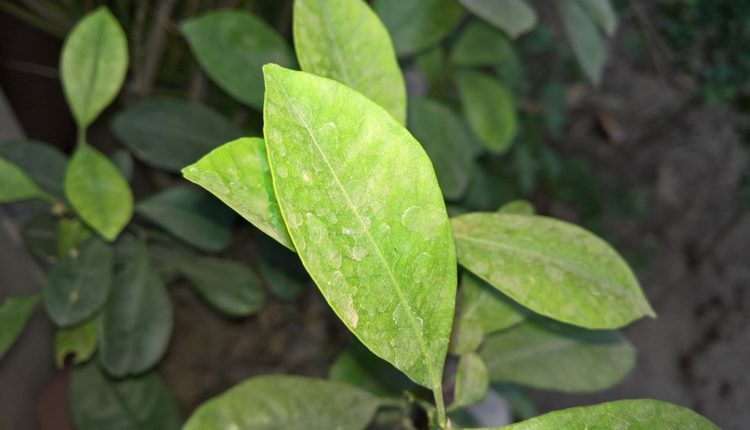 LG G6 has a 3,300 mAh Non-removable battery, unlike its predecessor LG G5. The battery feels good enough to bear all the powerful hardware all the day. The powerhouse of the smartphone, Snapdragon 821 Chipset manufactured using FinFET 16nm process helps to reduce the overall power consumption for a limit. But users will feel that change a little less only. After our test, we have got an average screen on time of 11 to 12 hours in continuous usage. The smartphone comes with Qualcomm Quick Charge 3.0 which takes under 30 minutes for charging up to 50%. It took an average of 28 to 30 minutes while charging, almost accurate as per the company details. The USB Type-C Port’s intake current is 1.8 Amperes.

The LG G6 is a better option if you can spend some cash out of your wallet for a good performing flagship from a well-known company. You will not get a “great-phone-feeling” like Samsung Galaxy S8, S8+ or iPhone 7 Plus while using the LG G6, but it is justified with a decent flagship-level performance at a mediocre price range. At least you will feel like you’re not using a OnePlus 3T (actually much greater feeling than that). The smartphone is available in the price range between 48000 and 52000. There are also few competitors devices available in the market you can go for, including Google Pixel and recently launched HTC U11. The LG G6 was launched a while before the Qualcomm officially provided Snapdragon 835 to the OEMs, so it lacks the latest processor considered as the main drawback. If the upcoming Star HTC U11 will have the same price tag, then the HTC supposed to be the best comparing both. The final verdict is up to you. The smartphone is available in the price range between 48000 and 52000. There are also few competing devices available in the market you can go for, including Google Pixel and recently launched HTC U11. The LG G6 was launched a while before the Qualcomm officially provided Snapdragon 835 to the OEMs, so it lacks the latest processor considered as the main drawback. If the upcoming Star HTC U11 will have the same price tag, then the HTC supposed to be the best comparing both. The final verdict is up to you.

The LG G6 is a better option if you can spend some cash out of your wallet for a good performing flagship from a well-known company.

You will not get a “great-phone-feeling” like Samsung Galaxy S8, S8+ or iPhone 7 Plus while using the LG G6, but it is justified with a decent flagship-level performance at a mediocre price range.

HTC Celebrates 20 years of innovation: Here are some ‘must know’ things about HTC